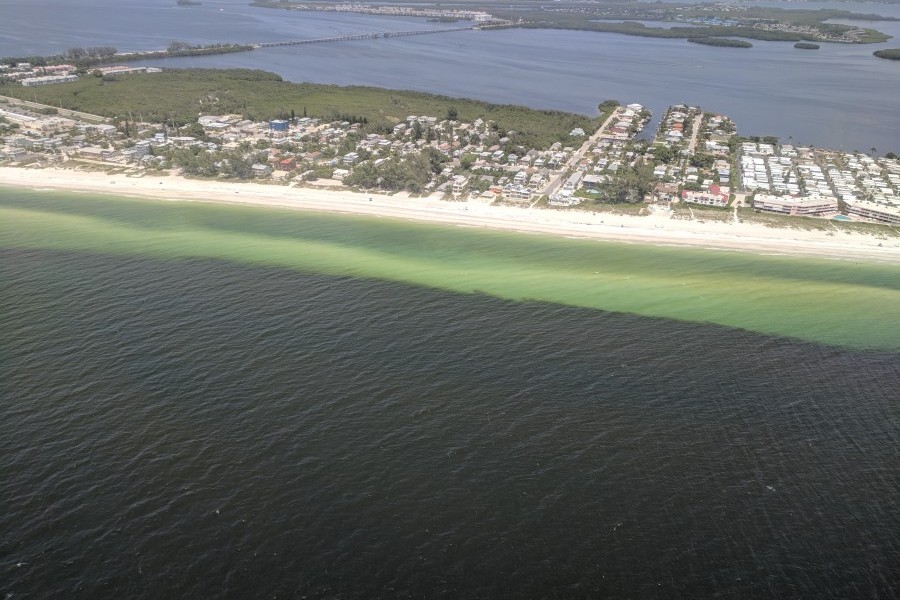 Today, Florida House Representative and Majority Whip Michael Grant (District 75) sponsored House Bill 1135 to establish the Florida Red Tide Mitigation & Technology Development Initiative. This Initiative will focus on the development of innovative technologies and approaches critically needed for control and mitigation of red tide impacts that can cause devastation to marine life and harm local economies. A companion Senate Bill is expected to be introduced soon.

This independent, coordinated effort among public and private non-profit research entities will build upon the already highly productive cooperative red tide research program between Florida Fish and Wildlife Conservation Commission (FWC) and Mote, and will utilize applied science in order to develop and test innovate approaches and technologies to determine the most effective and ecologically sound methods for mitigating adverse impacts from red tide. The Initiative will have Mote collaborating with FWC, Florida Department of Environmental Protection, universities and other institutions to ensure the best and brightest scientists from Florida and around the world are brought together for developing new mitigation technologies.

This Initiative would be allocated $3,000,000 per year from new appropriations beginning in 2019-2020 fiscal year, with a continuous annual appropriation at this level through the 2024-2025 fiscal year.

“Our Gulf Coast region endured a challenging season of red tide,” said Majority Whip Grant. “This legislation supports the best scientific minds by augmenting their red tide mitigation research and technology development, and empowering our communities with the ability to fight the next potential outbreak.”

The companion bill in the Florida Senate is being introduced by Senator Joe Gruters. “I’ve been in Sarasota for 41 years, and I’ve never seen red tide as bad as it has been in the last year,” said Gruters. “Consistent funding is essential for effective research and red tide mitigation technology development, and I am happy to support this Initiative that will have Mote leading this vital work for our region's environment, economy and quality of life.”

Earlier this week, Mote hosted the Bay Area Legislative Delegation for a discussion on red tide. The delegation, made up of state legislators from Citrus, Hernando, Hillsborough, Manatee, Pasco, Pinellas, Polk and Sarasota counties, unanimously passed a motion to make the Florida Red Tide Mitigation & Technology Development Initiative a priority for the upcoming legislative session.

“We are so pleased that our legislators are making red tide research a priority for this year, and recognize that the Florida Red Tide Mitigation & Technology Development Initiative will be a game-changer for the region,” said Mote President & CEO Dr. Michael P. Crosby. “This Initiative will not only utilize applied science and innovation to fight Florida red tide, but will also stimulate Florida’s economy through technology transfer that helps transform ecological challenge to economic opportunity.”