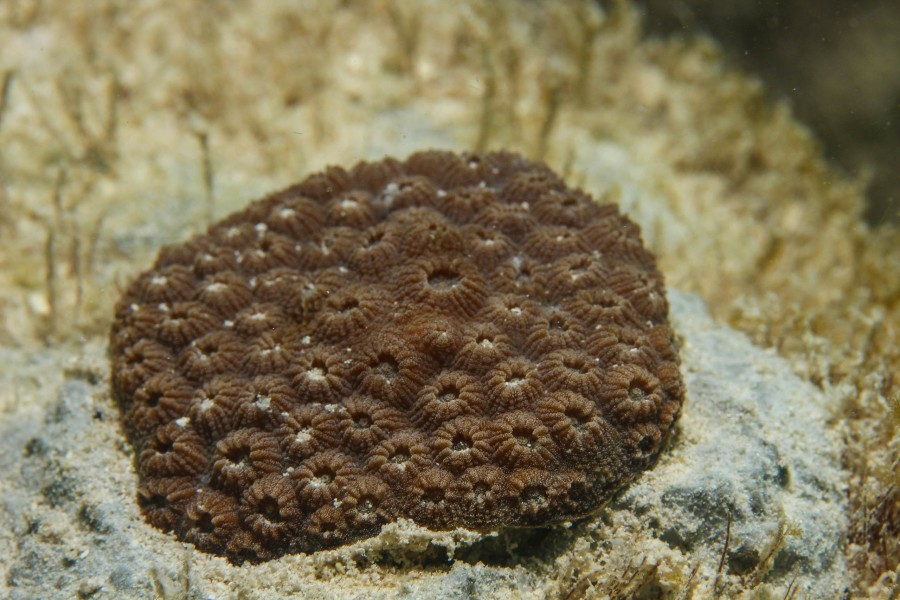 This two-year project, funded by Monroe County Tourist Development Council, involved planting more than 12,000 fragments of five coral species along a publicly accessible snorkel trail during summer 2016 and 2017.  Most of the restored corals were rescued by National Oceanic Atmospheric Administration (NOAA), propagated by Mote scientists and outplanted in the same general area where they were initially found. The outplanting area is represented by educational signs on shore and at NOAA’s Florida Keys Eco-Discovery Center in Key West.

“This project is a superior example of how scientists and citizens can work together to benefit our local waters,” said Dr. David Vaughan, Executive Director of Mote’s Elizabeth Moore International Center for Coral Reef Research & Restoration (IC2R3).  “Due to the proximity of this outplanting to the beach, tourists and locals are able to see Mote’s ability to restore reefs and scale up our efforts, as we work toward our future goal of planting one million corals. In the process, we want the public to learn about Mote’s coral research and restoration methods, threats to coral reefs, and the efforts of our valued partners in conservation, research and restoration of coral reefs - Monroe County Tourist Development Council, Florida’s Department of Environmental Protection, Florida Park Service and NOAA.”

Mote scientists used their signature reef-building technique, “re-skinning,” for this project as the majority of the corals outplanted were massive species.  This method is based on observations that micro-fragmentation of brain, boulder and star coral produce fragments that can grow relatively very quickly and fuse together in Mote’s coral nursery. In the wild, these small fragments are outplanted with the goal of “re-skinning” dead coral skeletons with new, living tissue.

Mote scientists are working to restore 1,000 acres of coral reef in the Keys within the next 10 years — instead of the hundreds of years it might take for natural recovery. Using research infrastructure funded by the National Science Foundation, Mote scientists are also working to identify a variety of genetic strains of corals that are more resilient and resistant to disease, warming ocean temperatures and ocean acidification — important traits for restoration success.

“The Florida Park Service is pleased to partner with Mote Marine Laboratory and others on this project,” said Anthony Knott, park manager at Fort Zachary Taylor Historic State Park. “Visitors to the park always look for fun ways to explore the natural environment. A snorkeling trail will provide a terrific learning opportunity.”

By supporting seafood production, diving, snorkeling, tourism and other economic drivers, the Florida Keys’ reefs are estimated to value $6.3 billion and generate over 70,000 jobs.

This work is being conducted under NOAA Florida Keys National Marine Sanctuary permit 015-134-A2.