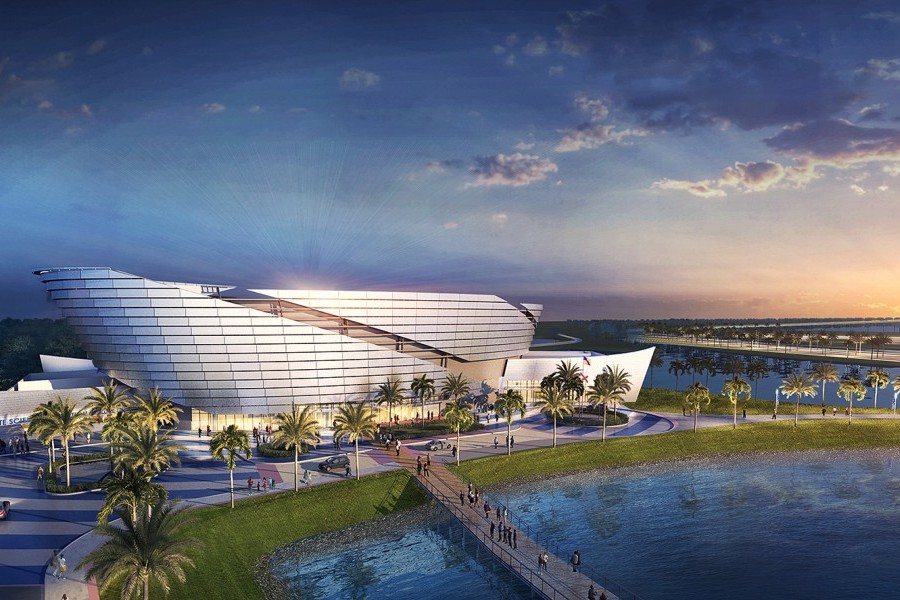 “Mote SEA will generate significant boost for our regional economy and further support innovative research for the sustainable use and conservation of our oceans,” said Crosby. “But, equally as important, Mote SEA will expand formal STEM education to each and every K-12 student in Sarasota and Manatee County Public Schools, and transform our ability or provide informal science education and enhanced levels of ocean literacy to much larger and more diverse populations in our community.”

“The Gulf Coast Builders Exchange is committed to serving the needs of our community, and the construction of Mote SEA presents an opportunity to support the foundational mission of our organization” said Michael Bennett, Chair of the Gulf Coast Builders Exchange. “Mote’s commitment to reinvesting in our community with significant utilization of local businesses with undoubtedly create not only financial benefits for our community, but an immense sense of pride in the project for all involved.”

“Manatee County has proudly committed $5 million of financial support for Mote SEA, and it’s because we believe in the vision of a regional project that betters both Manatee and Sarasota counties,” said Misty Servia, Manatee Board of County Commissioners and Chair of the Manatee County Tourist Development Council. “By doubling their attendance projections and greatly expanding free access to marine science educational programming, Mote’s new aquarium will improve the lives of all of us that call this region home.”

“One of my top priorities as a Sarasota County Commissioner has been to strengthen and diversify our economy and the jobs being created here, and all told, Mote SEA will provide an annual economic impact of nearly $28 million to the State of Florida,” said Mike Moran, Chair of the Sarasota Board of County Commissioners. “Mote SEA is a legacy project, not only for Mote, but for this region as well. It will undoubtedly be a defining part of our community now and into the future.”

Mote SEA will be an iconic, 110,000-square-foot hub of marine science education and outreach located at Nathan Benderson Park, a nexus site for Sarasota and Manatee counties and the southwest Florida region. It will feature more than 1 million gallons of exhibits with marine life and scientific displays from around the world and is projected to double the attendance of the current Mote Aquarium. Its projected economic impacts include $280 million from construction alone and $28 million per year from operations. Mote SEA will have interactive state-of-the-art STEM (science, technology, engineering and math) teaching labs and will offer educational programming to approximately 70,000 students from Sarasota and Manatee county schools free of charge. The rebirth of Mote Aquarium on mainland Sarasota County will lead to the next step in the evolution of Mote’s City Island research campus into an enhanced International Marine Science, Technology & Innovation Park. This will provide Mote researchers, science and technology entrepreneurs and their international partners much-needed facilities for expanded intensive research and allow Mote’s best and brightest to excel in addressing the significant threats facing Earth’s oceans.