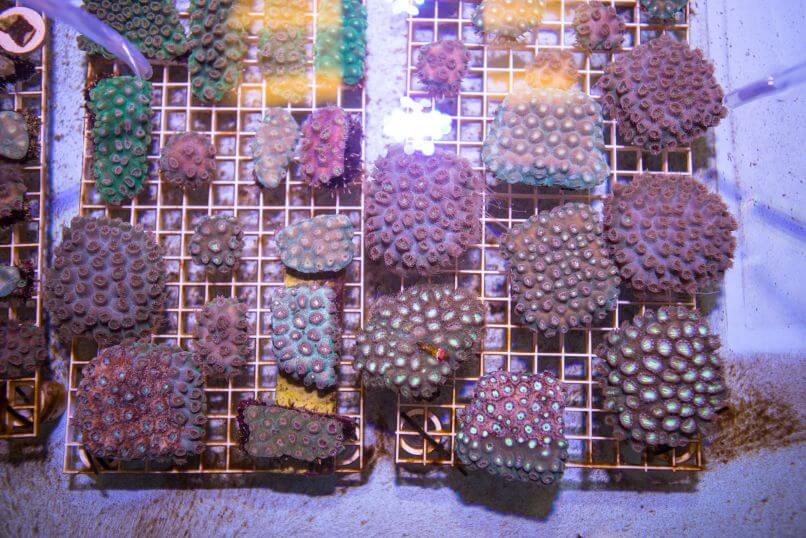 Florida’s coral reefs are facing an unprecedented, deadly and rapidly spreading coral disease outbreak — putting them at risk of functional extinction — and Mote Marine Laboratory scientists are accelerating their innovative efforts to secure the reefs’ future.

As of March 2019, stony coral tissue loss disease is plaguing nearly half the coral species on the Florida Reef Tract, with mortality rates frequently exceeding 80 percent. The outbreak stretches from Martin County to Key West, with potentially similar disease signs being investigated at other Caribbean reefs. Susceptible corals include maze, brain, boulder and other species groups that form the essential foundations of the Florida Reef Tract, an economic engine worth $8.5 billion and supporting 70,400 jobs.

Recognizing these high stakes, scientists at Mote — an independent, nonprofit institution — are raising the bar on disease research and responsive reef restoration, as leaders within a state-federal-nongovernment Disease Advisory Committee of more than three dozen partners focused on the outbreak. As of March 2019, Mote is: undertaking the first year of its new Florida Keys Coral Disease Response & Restoration Initiative; taking care of rescued coral fragments from sites ahead of the disease front and initiating longer-term coral gene banking efforts; reporting its new research results on bacterial changes in the infected corals; and implementing and evaluating science-based coral restoration as a key recovery strategy, with Mote co-leading a multi-institution Restoration Trials Team.

Below are updates from Mote’s Elizabeth Moore International Center for Coral Reef Research & Restoration (IC2R3) from 2018 into early 2019. In each effort, Mote is coordinating with the Florida Fish and Wildlife Conservation Commission (FWC), Florida Department of Environmental Protection (DEP), National Oceanic and Atmospheric Administration (NOAA) and others.

“There is no stopping this coral plague from running its course — it is highly unlikely that our devastated coral populations will be able to execute a natural recovery on their own,” said Mote President & CEO Dr. Michael P. Crosby. “That means conservation strategies alone cannot solve this dilemma. Mote has proposed a bold science-based coral disease response and restoration initiative that is essential to actively assist the recovery of this ecosystem. The Florida Legislature is currently considering a $2 million request for launching our proposed collaborative initiative, and Senator Marco Rubio was instrumental in recently shepherding a Congressional $5 million addition to NOAA’s budget to help support our initiative to respond to this environmental disaster.”

“Mote is one of several dedicated organizations in Florida taking the lead in ensuring the Florida Reef Tract will be enjoyed by future generations,” said Senator Rubio. “Floridians are grateful for the expertise and passion Mote researchers bring to their work, and I know Mote will make a meaningful difference with the unprecedented federal resources for the restoration of our reefs that I secured as a member of the Senate Appropriations Committee. South Florida’s economy depends on it.”

“Our reefs are a vital resource for many of our Florida communities and we must take bold steps to respond to coral disease and protect this vital ecosystem,” said State Representative Holly Raschein, District 120. “Mote’s valuable work has never been more important in ensuring that we use sound science-based solutions to ensure that we can restore and protect our reefs, for our residents, tourists and future generations.”

Dr. Erinn Muller, IC2R3 Science Director and Manger of Mote’s Coral Health & Disease Research Program, is leading Mote’s pursuit of those science-based solutions.  “We are screening our native coral genotypes for resistance to stressors, and we have some genotypes highly resistant to stony coral tissue loss disease,” Muller said.  “Through restoration, we now have the power to incorporate that trait within our population, along with genetic diversity to ensure resistance to a variety of stressors. Now is a critical time. Either we’re going to lose our coral reefs in the next decade, or were going to make sure they survive and continue the functions that are so critical for our livelihoods and our wellbeing.” 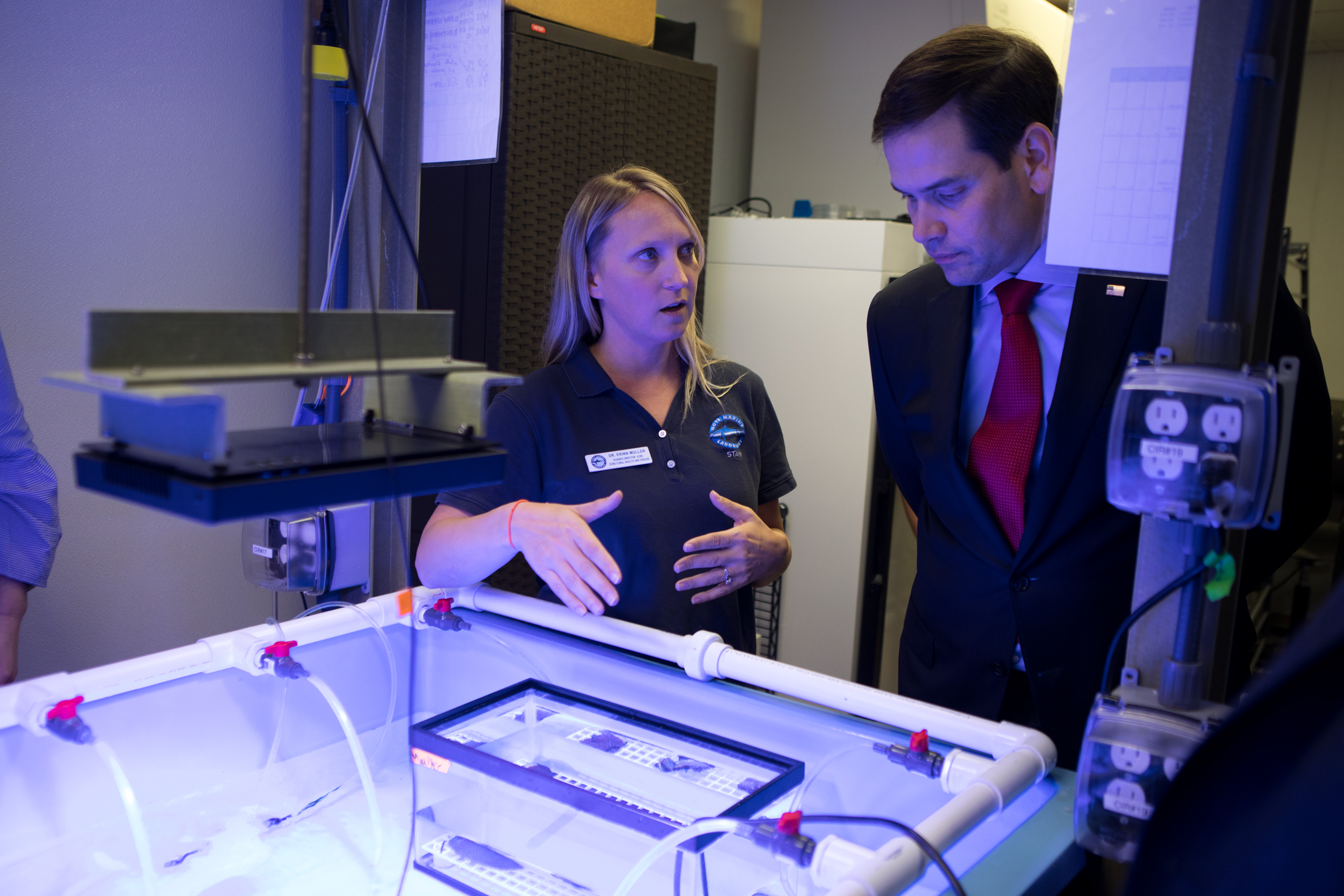 Over three years, Mote and partners will:

One of the most visible efforts this summer will be creating a secure coral gene bank at Mote Aquaculture Research Park in eastern Sarasota County, Florida.

“This will be a safe haven for coral genotypes being used in restoration and research,” Muller said, noting that Hurricane Irma provided a reminder of why corals should be protected in multiple locations. Mote’s IC2R3 is Category-5 hurricane resistant, but its outdoor raceways required major repairs.

She continued: “We provide a lot of corals for research already, but every time we provide a coral for research, it’s one fewer that we can put on the reef. So now we’ll have the new gene bank in Sarasota County focus more on research, and we’ll have our propagation in the Florida Keys continue focusing more on restoration.”

These monumental efforts are possible thanks to a combination of philanthropic giving, State of Florida funding and Mote’s recent grant of nearly $1.5 million from the National Coastal Resilience Fund, a partnership of the National Fish and Wildlife Foundation*, NOAA, Shell Oil Company and TransRe.

New potential support is also on the horizon in Florida. In early 2019, State Rep. Kristin Jacobs introduced House Bill 2899, and State Senator Ben Albritton introduced a matching funding request (LFR 1301), both calling for $2 million in appropriations to FWC for a Mote-led coral disease response & restoration initiative in fiscal year 2019-20. If funded, this will enable 50,000 corals to be produced for planting, creating almost 100 acres of restored reefs and expanding the scope of Mote’s gene banking and other crucial efforts.

“Ultimately, we envision that the gene bank we are creating this year at Mote Aquaculture Research Park will be the seed for our longer-term development of a Category-4  or -5 hurricane-resistant, expanded coral gene bank at that location, ideally with every coral genotype we are able to culture represented there in triplicate,” Crosby said. “Mote has the knowledge, passion and vision to develop a gene bank that can host representative genotypes of every coral species found in Florida, and grow that to become a national gene bank for every coral species in the United States.”