Mote Marine Laboratory leaders are thrilled to announce a major new step toward realizing a vision for addressing Florida red tide: a generous philanthropic investment of $1 million from The Andrew and Judith Economos Charitable Foundation to establish and support the first year of operations for the Red Tide Institute at Mote Marine Laboratory. 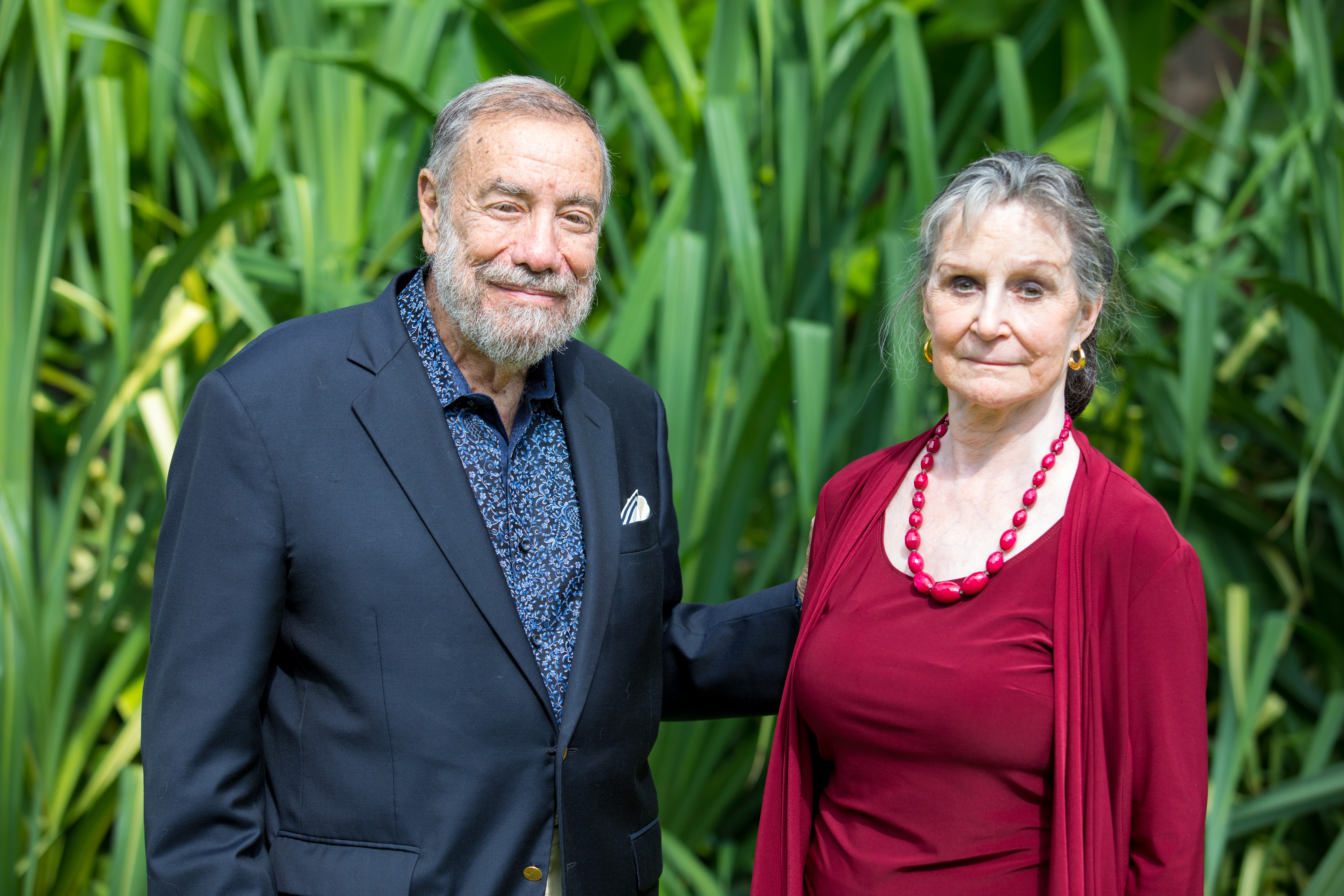 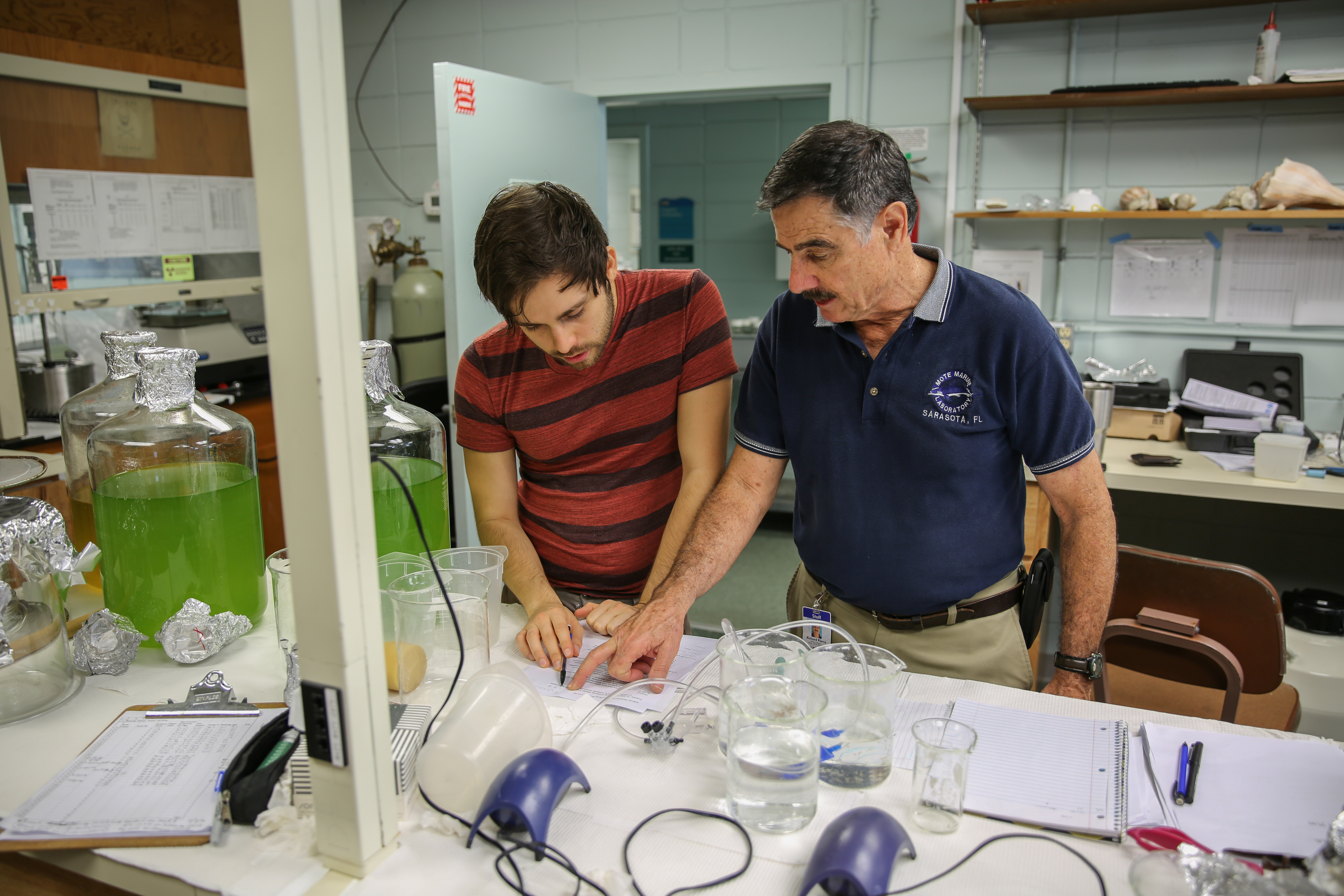 With The Andrew and Judith Economos Charitable Foundation as its Founding Donor, the Institute will be an innovation hub of intensive research and development focused exclusively on advancing promising technologies for controlling and mitigating red tide impacts toward practical application. The Institute will also leverage other red tide-related research by Mote and its partners at the Florida Fish and Wildlife Conservation Commission (FWC) and other organizations.

This fall, the State of Florida announced a $2.2-million investment to advance mitigation science at multiple institutions, including Mote’s novel mitigation technologies such as its ozone treatment system pilot tested for dead-end canals hit hard by red tide, and using a new clay formula for red tide mitigation, a Mote partnership with Woods Hole Oceanographic Institution, University of South Florida and FWC.

However, decades of history reveal that public attention and funding usually decline after red tide blooms subside, as Mote Magazine reported in its December 2017 feature “Red tide: How to be ready.” The feature called for not only steady public and private support for red tide research and monitoring — including during non-bloom times — but also to embrace a vision to do more by establishing a new, independent Harmful Algal Bloom Center designed to channel science and technology development into creation and deployment of innovative tools and methods to stem bloom impacts.

Mote scientists were passionate in their call to action, but they couldn’t have anticipated how prescient it would be. The red tide bloom that formed in October 2017 in the Gulf of Mexico proved uncommonly serious, persisting for one year as of press time and fueling significant public concern — and demanded an intensive response from Mote and partners.

“We cannot thank The Andrew and Judith Economos Charitable Foundation enough for providing this critical bedrock for an intensive, science-based initiative focused on developing and testing red tide mitigation technologies,” Dr. Crosby said. “The momentum created by establishing the Red Tide Institute at Mote will hopefully inspire other visionary, philanthropic leaders to join an effort that must continue long after this year’s bloom is out of sight and out of mind for many.”

“As a longtime innovator and supporter of technology and science for public benefit, I know that consistent funding support is essential for scientific advancement to address grand challenges such as Florida red tide,” said Dr. Andrew Economos, who will serve in an advisory role for the new Institute. “As a native of Sarasota, Florida, I also recognize that Mote Marine Laboratory has advanced innovative red tide research for decades and is dedicated to developing mitigation tools that tangibly improve our quality of life. I invite and encourage other community leaders to leverage this unique and important opportunity to support the Red Tide Institute at Mote, knowing that we can do much more together than alone.”

Dr. Economos retired from a successful career in computing technology for pioneering applications in aerospace, business and broadcasting. He founded and led the highly successful broadcasting software company RCS, which he sold after 30 years. Today RCS remains a leader in its industry. Since retiring, Dr. Economos has served on the boards of numerous science, technology and cultural institutions and he sponsors college scholarships for students with economic need, along with the national Archimedes Award for outstanding science students. His wife, Dr. Judith Economos, is a poet and artist who taught at Princeton.

Dr. Crosby said: “The Economos’ gift leverages the important support that the State of Florida provided earlier this fall for a multi-institution team to study promising red tide mitigation methods. Red tide is a multi-faceted challenge, and it can only be met by combined multi-year, public-private support of a diverse scientific team that Mote will bring together from around the world to develop and test multiple response strategies. We can and we will use science and technology to attack the impacts of red tide for the benefit of our environment, economy and quality of life.”