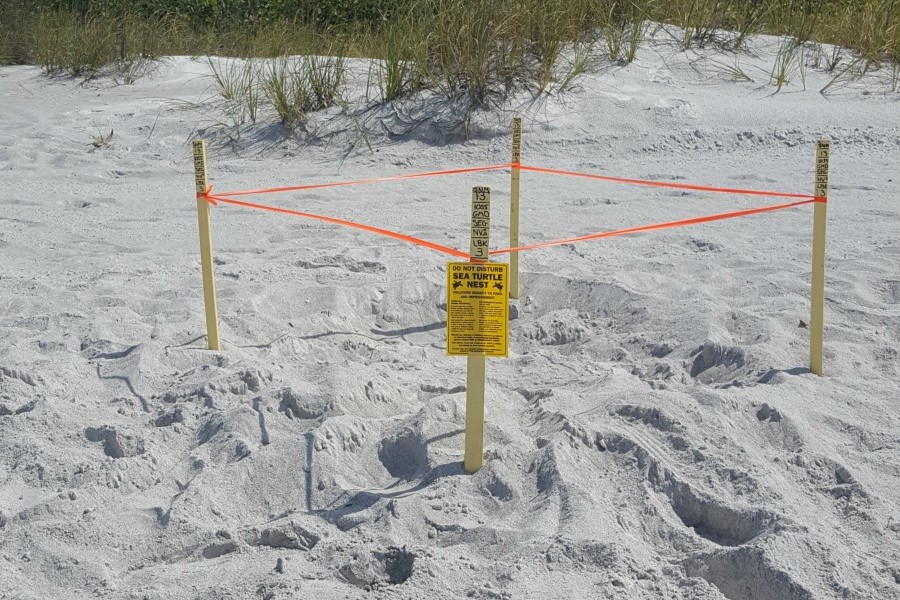 The first local sea turtle nests of 2018 were discovered today by Mote Marine Laboratory’s Sea Turtle Patrol, a team of scientists, interns and approximately 300 volunteers who monitor nesting activity on Longboat Key through Venice every day of sea turtle nesting season, which officially runs from May 1-Oct. 31 in southwest Florida.

The first two nests — one on the Sarasota County portion and one on the Manatee County portion of Longboat Key — were laid by loggerhead sea turtles, a threatened species protected under federal law. Loggerheads are the most common species on southwest Florida nesting beaches, followed by threatened green sea turtles. In recent years, Sarasota County has also hosted a handful of endangered Kemp’s ridleys, among the smallest and rarest sea turtles.

“Nests were reported along the southern parts of our coast last week, so we were expecting our first local nest,” said Melissa Bernhard, senior biologist with Mote’s Sea Turtle Conservation and Research Program.
“We hope these nests will be the start of another successful nesting season.”

This year, Mote’s Sea Turtle Conservation and Research Program will continue its long-term studies of local sea turtles by documenting every sea turtle nest and false crawl (when a turtle emerges but does not leave a nest) in Mote's patrol area, marking each nest with yellow stakes and flagging tape and collecting a suite of data.

Mote research has shown that nest numbers have increased recently on local beaches, with several record-breaking years in the past decade. In 2017 Mote reported 4,503 nests on Longboat Key through Venice — a near record-breaking year for Mote’s 36 years of Sea Turtle Patrol.

Starting Monday, May 7, the public will be able to view Mote's weekly counts of sea turtle nests on Longboat Key through Venice at: mote.org/2018nesting

“Now that we have identified our first nests of the season, we strongly urge beachgoers to enjoy our wonderful beaches, but also to be mindful of these sea turtles that are endangered and threatened species that have been nesting here for millions of years,” Bernhard said. “We want people to know they’re here and understand how to protect them by using turtle-friendly practices.”

Tips for the public:

If you suspect that someone is tampering with a sea turtle nest, harassing a sea turtle or has possession of a sea turtle or any of its parts, please call FWC, call your local sheriff’s department and/or call Mote's Sea Turtle Conservation and Research Program at 941-388-4331.

If you find sea turtle hatchlings that are not on the beach or are headed away from the ocean, call Mote’s Sea Turtle Conservation and Research Program for instructions. Put rescued hatchlings into a bucket with a layer of damp (not watery) sand and cover the bucket with a towel. Do not put hatchlings in water or take them into air conditioning. Hatchlings heading towards the ocean should be left alone.

Sea turtles are protected under federal law and any harassment or interference with a sea turtle, living or dead, is subject to penalty. 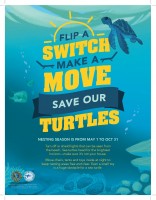 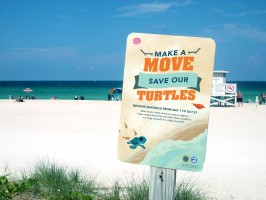 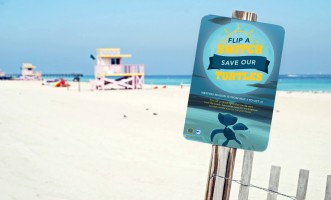 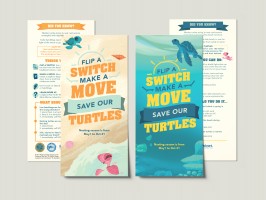 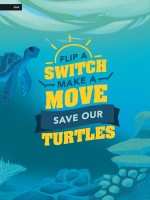 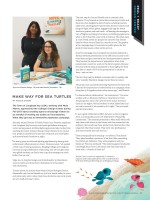