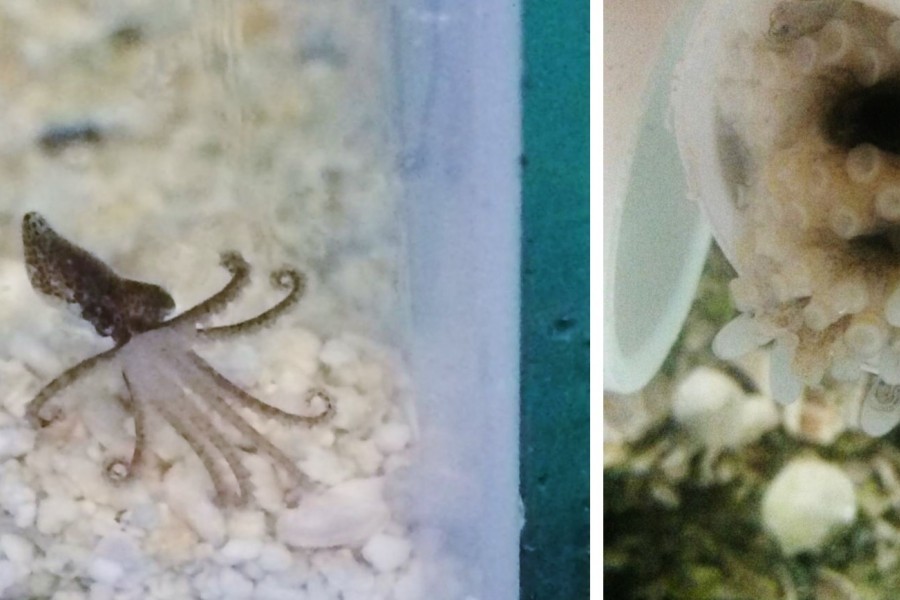 The end of 2014 brought some eight-tentacled surprises to Mote Aquarium in Sarasota, Fla.

On Dec. 26, Mote’s Caribbean pygmy octopuses — whose baby pictures made the national news earlier in 2014 — had babies of their own.

More than 20 new babies from one mated pair are now hiding behind the scenes, currently too delicate and secretive to be on exhibit. Caribbean pygmy octopuses (Octopus mercatoris) are nocturnal, reclusive and great at blending into the reefs and rocky outcroppings they inhabit in the wild.

“The minute you turn the light on, they’re gone,” said Mote Aquarium Biologist Brian Siegel with a grin. Siegel enjoys the challenge of working with octopuses, which are difficult to raise and typically not bred in public aquariums. “We’ve been learning tons about them and how they live in aquariums, since we’ve been able to work with them from day one,” Siegel said.

The new babies came about through luck and skill. “It was luck that I had the adults in a group of five males and two females so they could breed — we can’t recognize the females until they lay eggs,” Siegel said. “It’s also important that we had the conditions just right for these animals to thrive. We’ve really been working at this.”

The new babies came from parents hatched in March 2014, which in turn hatched from wild octopus eggs. A picture of one March baby beside a pencil went viral, gaining thousands of fans on social media and appearing in Scientific American online and on NBC's TODAY show. The photo was recently dubbed one of the "most amazing science and technology images of the year" by Popular Science.

Siegel continues to experiment with aquarium setups that might better display the grown-up (and still secretive) Caribbean pygmy octopuses, which are now adults the size of silver dollars.

Siegel is also working with a small number of reclusive Caribbean reef octopuses behind-the-scenes, along with showier cephalopods — relatives of octopuses — such as dwarf cuttlefish (Sepia bandensis) from the Pacific Ocean. He has shared cuttlefish offspring with more than 30 zoos, aquariums and research facilities in the U.S. to support cephalopod education and science while lessening the need to collect animals from the wild.

Siegel hopes to develop rearing techniques for similar programs with the harder-to-raise octopuses. Even with the hardiest octopus species, it is extremely uncommon to raise a second generation in human care. 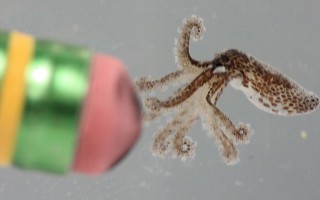