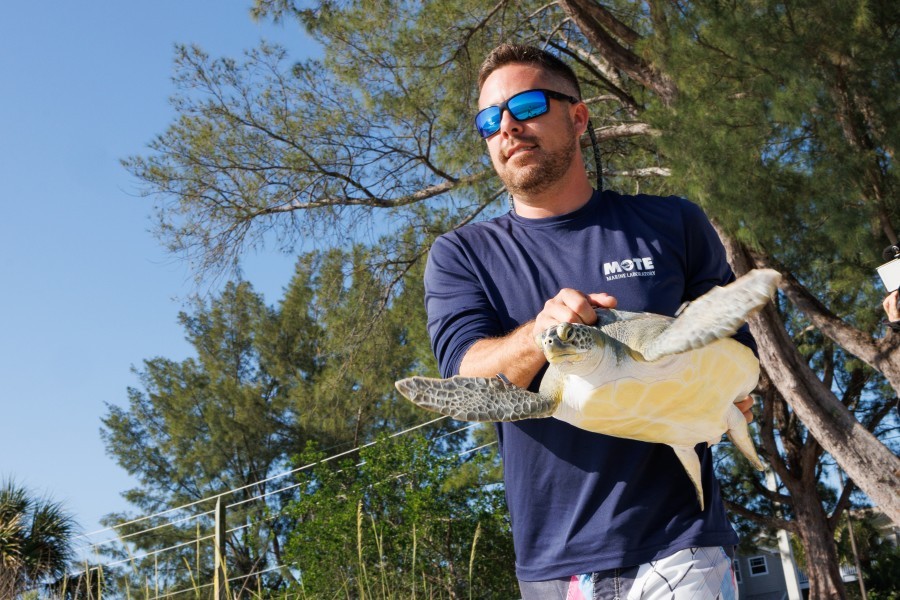 "Pierre" was released from Anna Maria Island on Tuesday, July 5

The juvenile green sea turtle was admitted to the Sea Turtle Rehabilitation Hospital on January 31, 2022. The turtle was found floating at the surface near Anna Maria Island City Pier with watercraft injuries and moderate fibropapilloma tumors.

The turtle was taken for a CT scan at Veterinary Surgery Center of Sarasota to evaluate the extent of the injury. CT results show no evidence of trauma to the brain case or presence of internal tumors. Mote's Hospital staff removed the external fibropapilloma tumors, and after several months of recovery, Pierre was cleared by wildlife officials for release. 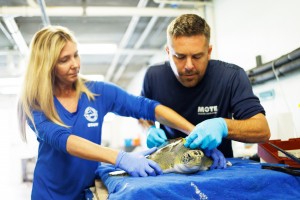