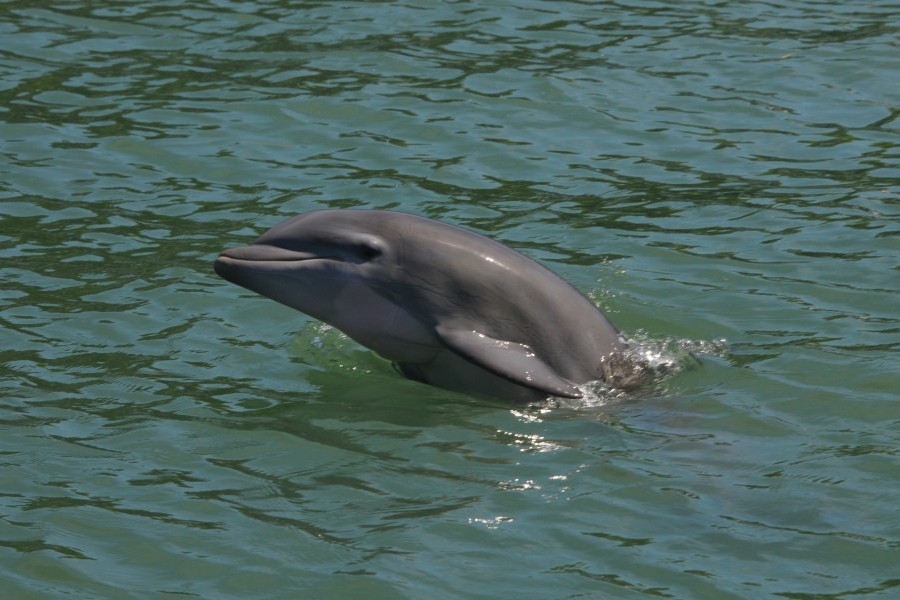 The local dolphin community has had a record year for calves, according to the Sarasota Dolphin Research Program (SDRP), a Chicago Zoological Society (CZS) program in collaboration with Mote Marine Laboratory. During the 2017 calving season, 19 calves have been documented by SDRP, the world's longest-running study of a wild dolphin population.  These 19 calves joined up to five concurrent generations of long-term resident dolphins in the Sarasota Bay area year-round. Calving season peaks during late spring and summer.

Since the initiation of their research in 1970, SDRP has documented births by female dolphins ranging in age from 6 to 48 years, including the oldest known-age bottlenose Nicklo, who is now 67 years old.

The gestation period for dolphins is 12.5 months with labor lasting between 45 minutes to a few hours. Newborn calves range between 42 to 52 inches and weigh between 30 to 45 pounds and are typically born tail first.  During the first few months calves are usually darker than adults and feature creases on their sides. These creases are due to folding in the uterus and usually disappear within six months. It is also common for calf’s dorsal fin and tail flukes to be pliable during the first few days after birth.  SDRP has noted up to 10 calves in a mother’s lifetime.  Paternity testing has shown resident males to have sired up to six calves each within the community.

"Bottlenose dolphins are sentinels of the health of our coastal ecosystem in Sarasota," said Wells, who is director of CZS’s Sarasota Dolphin Research Program. "They breathe the same air, swim in the same waters, and eat the same fish we do. Because of our consistent long-term research, our local bottlenose dolphins also serve as a reference population for NOAA and other research partners worldwide."

Successful calving years are good news for the health of our local ecosystem. The Chicago Zoological Society recently received a one-million dollar five year grant for SDRP from Barancik Foundation to support the research in creating a long-term dataset that aids in the detection and monitoring of threats to ecosystem health in addition to providing benchmarks for at-risk dolphin populations elsewhere.   For example, 83% of pregnancies identified from ultrasound during dolphin health assessments in Sarasota Bay were found during surveys to have resulted in calves swimming alongside their mothers.  This stands in sharp contrast to the 20% success documented during comparable research in Barataria Bay, Louisiana, which experienced heavy oiling from the Deepwater Horizon spill, and pointed to one of the major impacts of the spill.

Although record numbers of births is good news, naïve newborn dolphins lack the skills and experience to avoid boats, and have to surface more frequently to breathe than do older dolphins.  Mothers can also be more distracted with newborns and will not or cannot always get out of the way of approaching boats. Dolphins along the central west coast of Florida frequent shallow waters where they may be unable to dive below approaching boats.

Watch out for marine life while enjoying southwest Florida waters.

The National Oceanic and Atmospheric Administration’s guidelines indicate that boats should stay at least 50 yards away from dolphins. 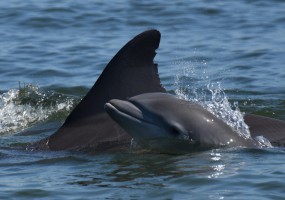 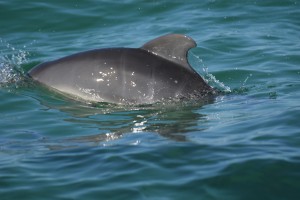 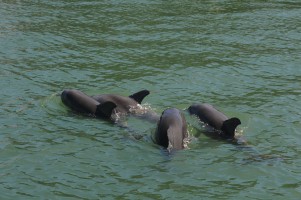