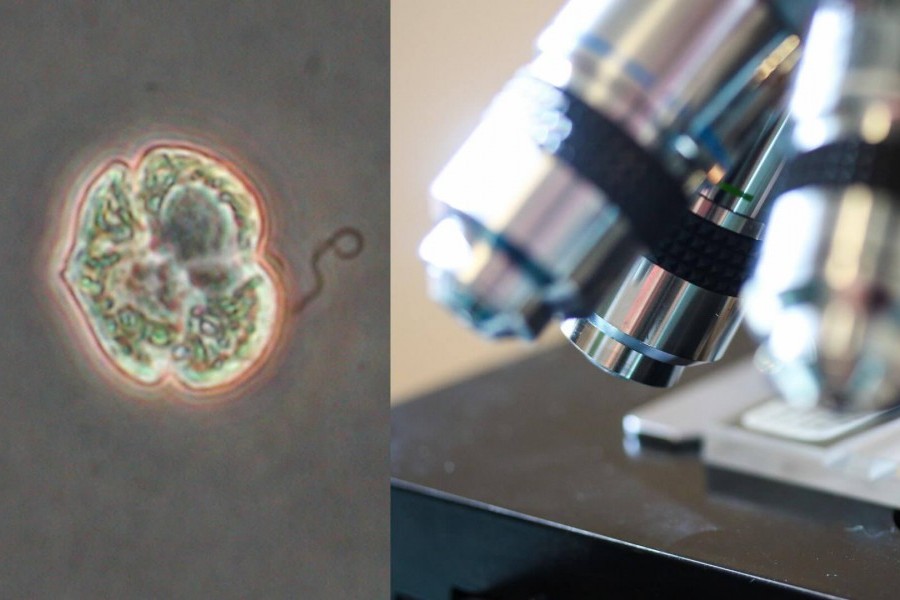 ­Just like other community members, many marine scientists were self-isolating to protect public health in April 2020. In the meantime, researchers from multiple institutions were joining forces—mostly virtually, for now—to arrange the next major steps in a quest to fight impacts of Florida red tide, through new competitive grants from the Florida Red Tide Mitigation and Technology Development Initiative.

The Initiative—led by Mote Marine Laboratory in partnership with the Florida Fish and Wildlife Conservation Commission (FWC)—was established and supported by state appropriations in June 2019. It focuses on uniting the best and brightest scientists from around the world in game-changing efforts to reduce impacts of Florida red tides, blooms of the toxin-producing algae species Karenia brevis. (Initiative details: www.redtidemtdi.org)

Mote’s President & CEO, Dr. Michael P. Crosby, said: “Understandably, Florida red tide is not the first thing on most people’s minds today, as we face the unfolding emergency of the COVID-19 pandemic. Our highest priority is to support each other and protect public health during this crisis, and we sincerely thank the frontline responders for their vital, tireless efforts. At the same time, extensive research and centuries of history tell us that Florida red tide will return, and we have not forgotten how drastically it affects our health, economies, ecosystems and quality of life. COVID-19 has not stopped the progress of this important initiative. Our scientists are dedicated to red tide mitigation and technology development because we believe that reducing the stress of these harmful algal blooms will leave our communities stronger and more prepared to respond to each new red tide challenge we face together.”

Through the Florida Red Tide Mitigation and Technology Development Initiative, Mote scientists are already testing multiple compounds and methods for their potential to destroy, remove or otherwise reduce the impacts of Florida red tides and their brevetoxins—which kill fish and other marine life and cause respiratory irritation in beachgoers—while also expanding research infrastructure to quickly and safely test compounds in controlled settings and advance technologies for red tide detection to support mitigation.

In November 2019, at the U.S. Harmful Algal Bloom Symposium, Mote announced the first of six annual, competitive grant opportunities open to top scientists, engineers and innovators from around Florida, the U.S. and the world. In early 2020 a panel of Ph.D. scientists from eight different agencies and institutions reviewed the 20 grant proposals submitted, and the strongest five proposals were presented to the Red Tide Initiative Technical Advisory Council by partnering scientists representing institutions from across the U.S. east coast. Those five projects have now been subcontracted by Mote to begin their work as soon as possible.

“We prioritized projects that would bring novel ideas to the table or expand testing of previously researched products and technologies that can assist resource managers with red tide mitigation immediately or in the very near future,” Crosby said. “We encouraged applicants to leverage the advanced research infrastructure that Mote is developing and expanding through the Initiative and take advantage of the opportunity to partner with Mote and FWC scientists who continue to advance in their longstanding, fruitful collaboration in Florida red tide research and monitoring.”

Five partner projects were selected for year 1 and awarded about $1,020,000 combined total grant support. Of course, projects will adapt their strategies to accommodate all public health measures related to COVID-19.