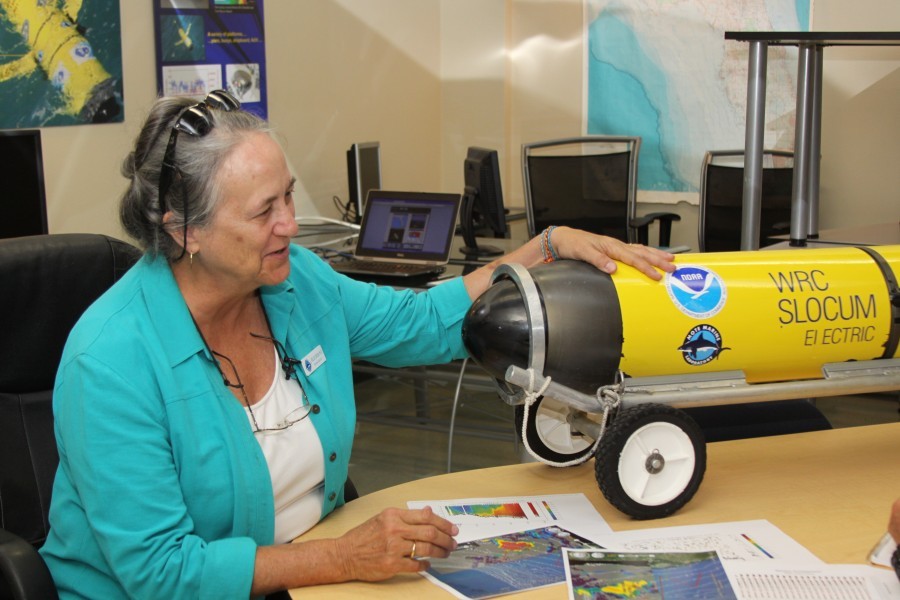 Underwater robots “Waldo” from Mote Marine Laboratory and “Bass” from the University of South Florida (USF) have been hard at work monitoring the offshore bloom of Florida red tide and surrounding ocean conditions since they were deployed on Aug. 1. Their results are helping shape short-term bloom forecasts.

The bloom was recently reported to be 80 miles long and 50 miles wide, reaching from Dixie County to southern Pasco County, according to the Florida Fish and Wildlife Conservation Commission’s (FWC) statewide update on Aug. 1.

Robot results:
During the past few days, the robots have reported:

Waldo will complete his mission this week or early next, while Bass will finish in two to three weeks.

The robots’ data are feeding into short-term forecasts of the red tide bloom developed by the Collaboration for Prediction of Red Tides, a partnership effort between the Florida Fish and Wildlife Conservation Commission (FWC) and USF.

Forecast findings:
The latest three-day forecasts from USF and FWC, informed in part by the Mote-USF robot missions, show:

Other updates from scientists in the field:

Partnership efforts:
Mote, USF and FWC’s Fish and Wildlife Research Institute and others who study Florida red tide are partners in a major environmental monitoring collaboration called GCOOS – the Gulf of Mexico Coastal Ocean Observing System. GCOOS provides timely information about the environment of the U.S. portion of the Gulf of Mexico and its estuaries for use by decision-makers, including researchers, government managers, industry, the military, educators, emergency responders and the general public. Both gliders are reporting data to GCOOS’s Data Portal (http://gcoos.org/products/) in support of these efforts. 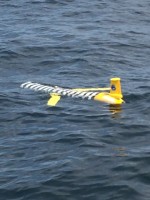 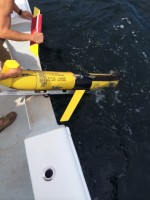 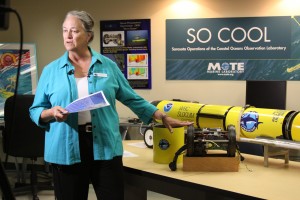