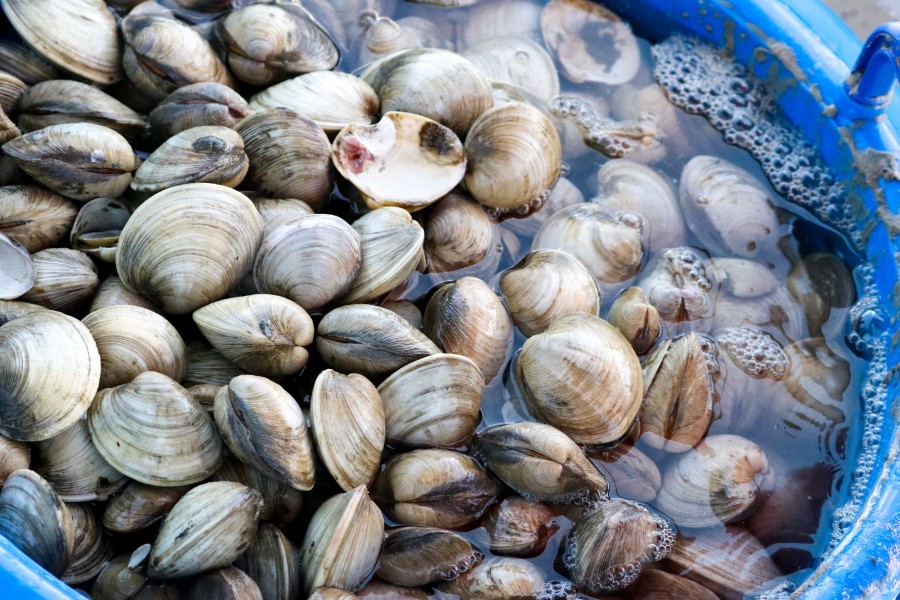 Conservationists are ramping up clam-restoration efforts now in Sarasota Bay, Florida — locally the first of their kind — in partnership with Mote Marine Laboratory scientists who study how to fine-tune shellfish restoration methods to benefit the Bay.

The nonprofit Sarasota Bay Watch and its volunteers have begun purchasing and releasing native southern hard clams (Mercenaria campechiensis) produced by Bay Shellfish Company and raised by local commercial clam farmers. Under their permit from the Florida Fish & Wildlife Conservation Commission (FWC), Sarasota Bay Watch will have released about 125,000 clams by June 16, and more releases are planned to reach their total summer goal of 250,000. During four release events to date, Mote scientists placed or buried a subset of the clams in specific configurations and habitats, with the goal of monitoring their survival and growth in the coming months.

“We think these clams are depleted in Sarasota Bay — there are no consistent baseline data here, but my personal observation is that they were once locally abundant and are much harder to find today,” said Mote Senior Scientist and Benthic Ecology Program Manager Jim Culter. 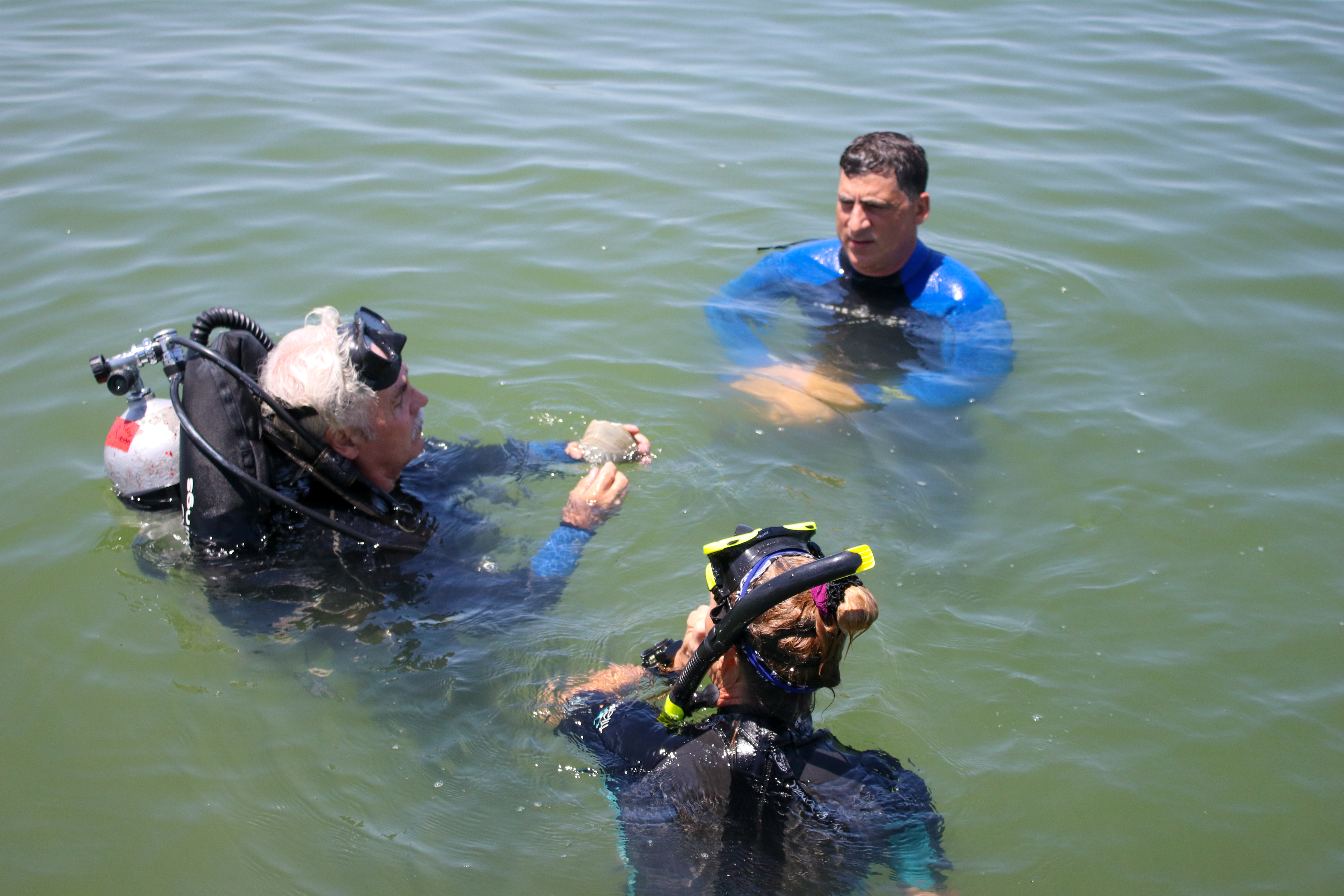 Without such baseline data, it’s hard to confirm why the clams seem to have declined. However, they are strong candidates for restoration because they might be able to survive one of the greatest hurdles in the Gulf of Mexico: red tide.

“We have partnered with Sarasota Bay Watch to study the restoration of another important but depleted shellfish species, the bay scallop, and observed that their survival chances are significantly affected by the presence or absence of red tide,” Culter said. “Southern hard clams appear more resistant to red tide, and they benefit the ecosystem in ways similar to scallops: Their filter feeding improves water quality, which matters for numerous species.” 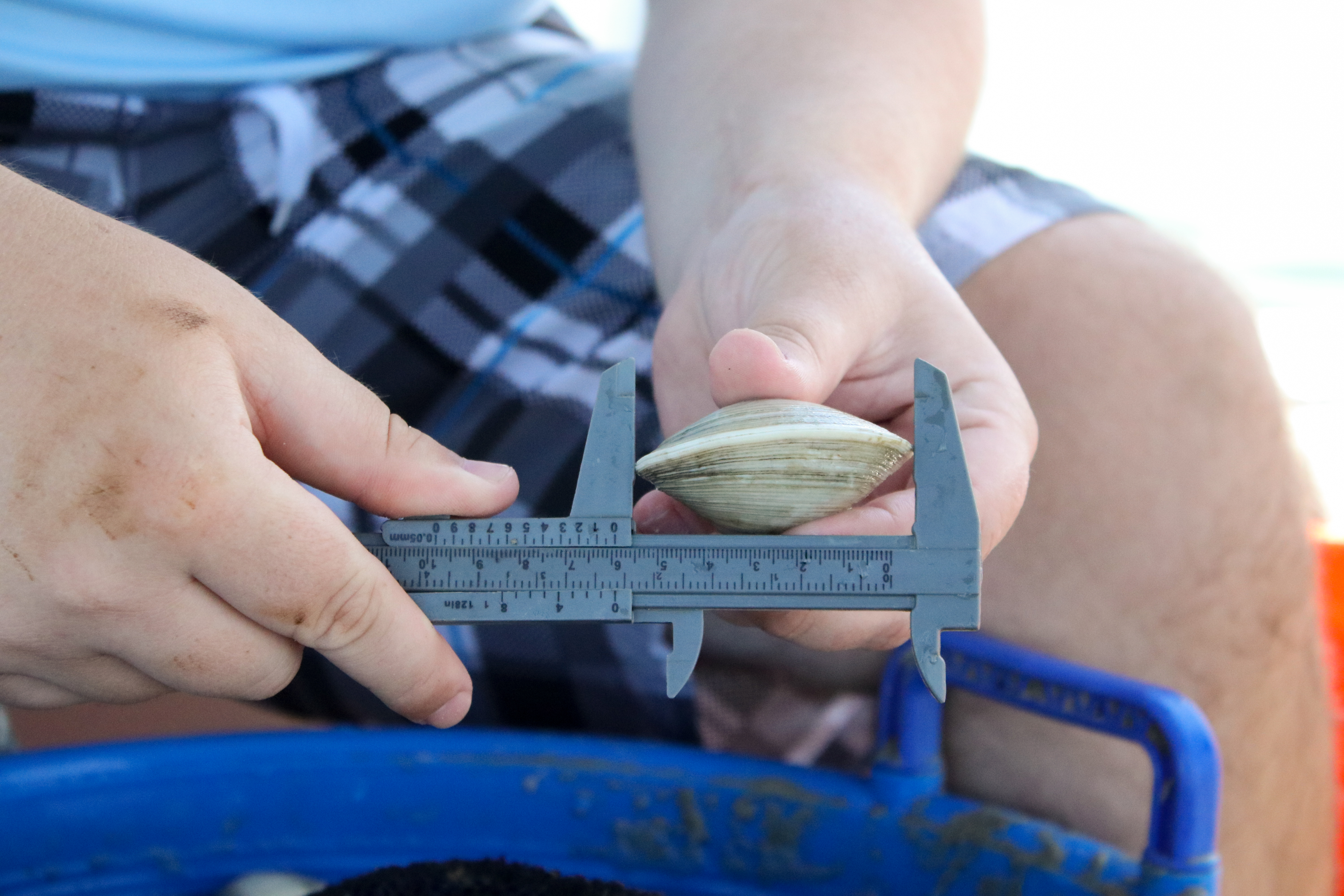 In some plots, the team released clams onto the bottom – mimicking the current release strategy of scattering clams from a boat – to examine whether these juveniles can burrow. Older and bigger clams may struggle to burrow, leaving them vulnerable to predators such as rays, whelks and stone crabs. The team buried clams in other plots, surrounding some plots with 12 bamboo stakes meant to discourage hungry rays.

The released clams are 18 months old, 2.5 inches or larger, and may be ready to reproduce next spring or summer. Adult clams must be close together — but how close is unclear — to have their sperm and eggs meet in the water. If clams released this summer survive, they will likely stay put and could live more than two decades — potentially helping to seed a self-sustaining population.

“Sarasota Bay Watch’s teamwork with Mote Marine Laboratory in this native clam restoration is pioneering, both in the collaboration of a community-led, volunteer-driven restoration program with a world class marine science organization, and in the fact that there is so much to learn about native southern hard clam restoration,” said Dr. Larry W. Stults, President of Sarasota Bay Watch. “This is a shining example of the power of partnership between local organizations, businesses and individuals to tackle large, long-term projects like clam restoration. We think that a healthy bay is everybody’s business.”