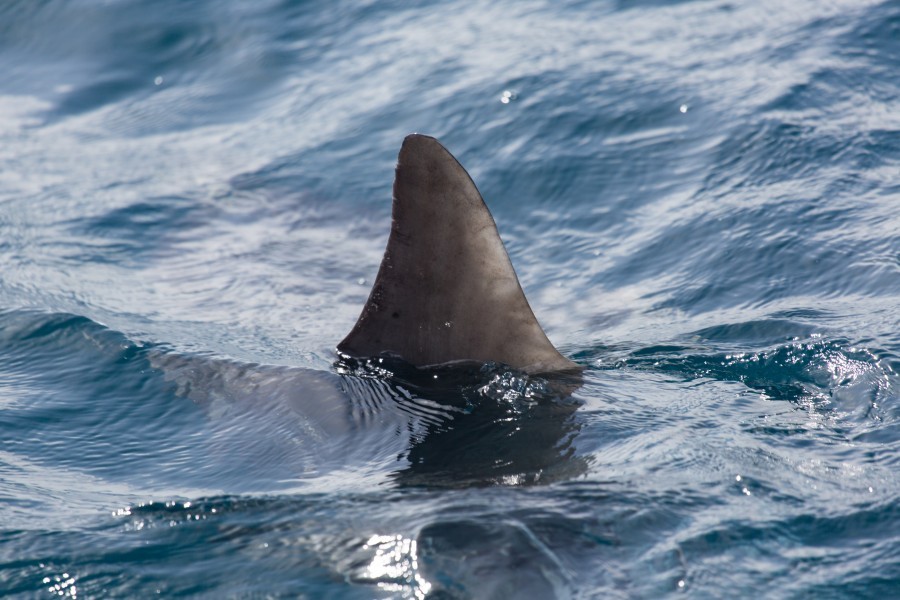 A new bipartisan bill introduced in U.S. Congress this month encourages a science-based approach to significantly reduce the overfishing and unsustainable trade of sharks, rays and skates around the world and prevent shark finning.

The Act would require that shark, ray and skate parts and products imported into the U.S. be permitted only from countries certified by the National Oceanic and Atmospheric Administration (NOAA) as having in place and enforcing management and conservation policies for these species comparable to the U.S., including science-based measures to prevent overfishing and provide for recovery of shark stocks. A comparable prohibition on shark finning — the wasteful and inhumane practice of cutting off a shark’s fins and discarding the carcass at sea — would also be required.

Scientists recognize more than 1,250 species of cartilaginous fishes — sharks and related skates and rays. Of these, as many as one-quarter are estimated to be threatened with extinction, and the conservation status of nearly half is poorly known. These fishes play important ecological roles in their marine and freshwater ecosystems, and many species are culturally and economically important. These fishes are particularly vulnerable to over-exploitation — most grow slowly, mature late and produce few young. Overfishing, through targeted fisheries and incidental catch, is the primary threat to sharks and their relatives, which are harvested for fins, meat, oil, cartilage and other products.

Mote Marine Laboratory Senior Scientist Dr. Robert Hueter served as a scientific reviewer for the Sustainable Shark Fisheries and Trade Act text, providing feedback based on published research and his decades of experience as a shark scientist to inform policymakers who ultimately determined the content of the legislation.

The new Act is supported by more than 40 organizations involved in conservation and science as well as commercial fishing.

Mote — an independent, nonprofit research institution that shares its scientific data with societal decision makers at all levels — provided a letter of support for the Act, encouraging the use of science-based sustainability goals for all imported shark, skate and ray products.

“The U.S. has a Seafood Import Monitoring Program and other measures to screen out shark products imported from illegal, unregulated or unreported international fisheries, but that does not guarantee those fisheries are sustainable,” Hueter said. “For instance, a fishery could be regulated but deficient in law enforcement or scientific monitoring. As a researcher, I see the Sustainable Shark Fisheries and Trade Act as an opportunity for the U.S. to help incentivize the international community towards sustainable shark fisheries, and to reward those already demonstrating sustainability. We at Mote look forward to continued, independent fisheries research with international partners to inform such progress.”

Hueter noted that the Sustainable Shark Fisheries and Trade Act was inspired by years of international public outcry to stop shark finning. Finning is banned in the U.S., where shark fisheries management is generally deemed strong by the research community.

A separate bill introduced in 2017, the Shark Fin Sales Elimination Act, sought to ban all shark fin trade within the U.S., including fins obtained legally and sustainably from the U.S. fishery.

“The earlier bill fueled a productive conversation about the threats to sharks worldwide in directed and bycatch fisheries,” Hueter said. “The new bill, the Sustainable Shark Fisheries and Trade Act, builds upon that conversation and broadens protection to the sharks’ relatives, the skates and rays, and also includes restrictions on the trade of all shark and ray products, not just the fins.”

Global trade in shark and ray parts and products is estimated to be worth hundreds of millions of dollars, approaching $1 billion today, the Wildlife Conservation Society reports. Those estimates are likely under-reported and don’t include domestic use of shark and ray products. Shark-focused tourism is also estimated to value $314 million annually.

The U.S. has a relatively small share of the world market for shark and ray products, but its productive shark research community offers a wealth of knowledge for bi-lateral exchange with nations that rely strongly on sharks and rays for nutrition, cultural and tourism needs.

“As an independent, nonprofit marine research institution that seeks to have real-world impact beyond just producing science publications, a critical part of our overall mission is translating and transferring outcomes of objective research to better inform ocean policymakers and the public of their options and opportunities with respect to ocean conservation,” said Mote President & CEO Dr. Michael P. Crosby. “We encourage our elected officials and all stakeholder groups to engage in thoughtful discussion on societal decisions for how to sustainably utilize our shared marine resources based on the best available scientific data. The Sustainable Shark Fisheries and Trade Act is an example of how we can all work together to achieve this goal.”