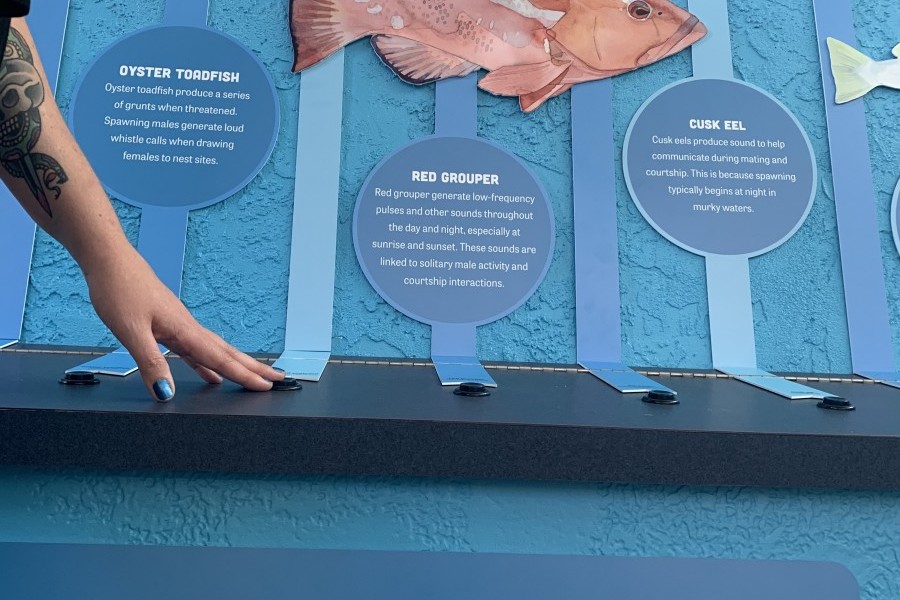 Guests can push buttons to hear the sounds that fish make

Did you know fish, marine mammals, hurricanes, and people all make noises that can be heard underwater? Would you like to hear the sounds grouper make when spawning? Scientists record underwater sounds to study fish and marine mammal movement patterns, mating rituals, human impacts on marine life (e.g. noise impacts from boats or dredging), and much more.

Mote Marine Laboratory & Aquarium has created a new interactive, educational exhibit to teach our visitors about the sounds of the ocean. Curious learners will be able to push a button to hear the sound of the pictured species, while learning about the purpose of the behavior, such as the black grouper’s low-frequency courtship noise. 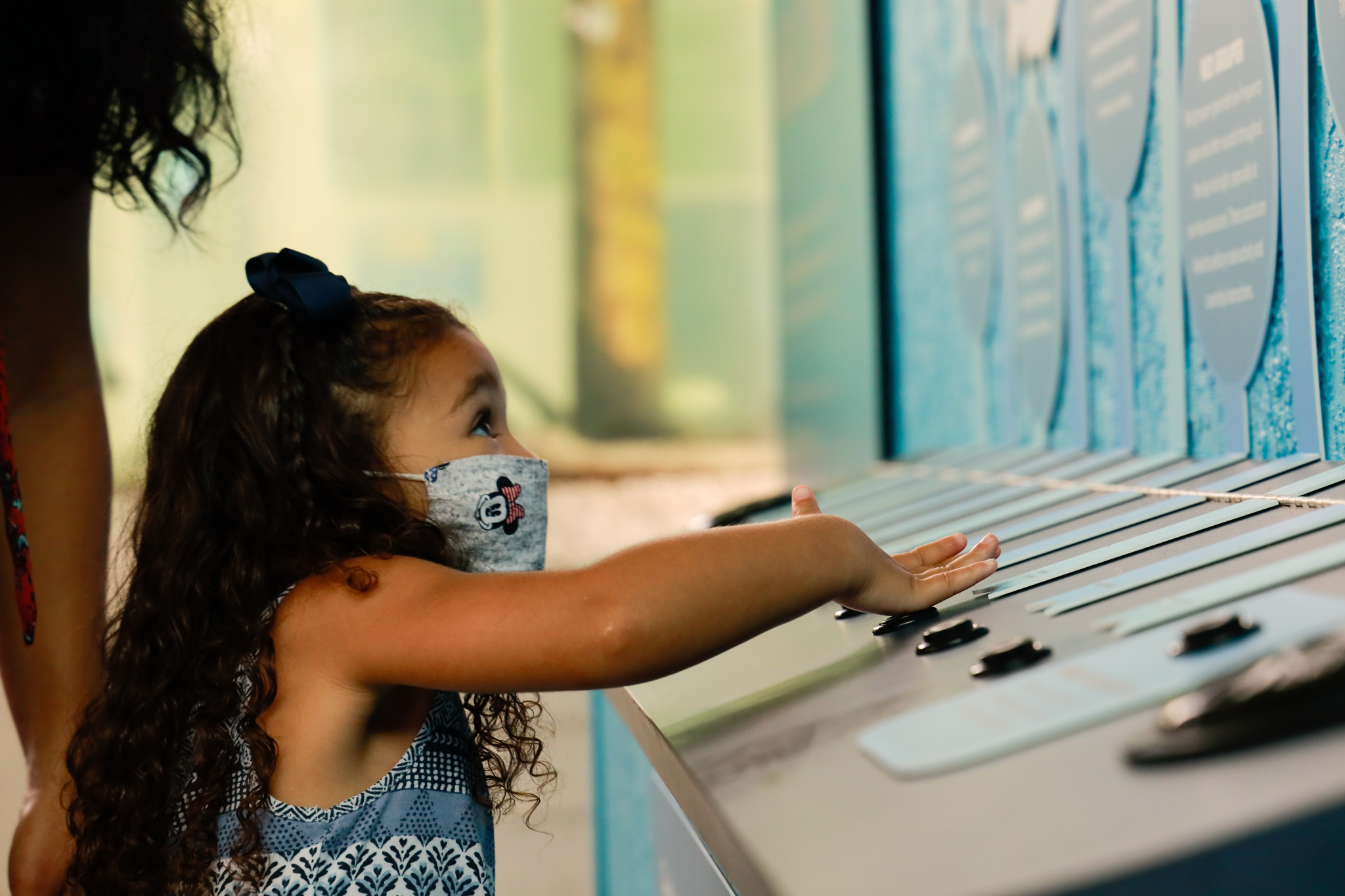 Sound recordings (known as acoustic data) are recorded underwater with hydrophones. A hydrophone is an underwater technology that detects and records ocean sounds from all directions.

With over 300,000 visitors to Mote Aquarium per year, the new exhibit will informally educate many about the sounds of the ocean and the importance of collecting biological data for conservation of commercial, recreational, and protected species. Visit Mote and hear the sounds of the sea for yourself 365 days per year. Reserve your admission at mote.org/tickets