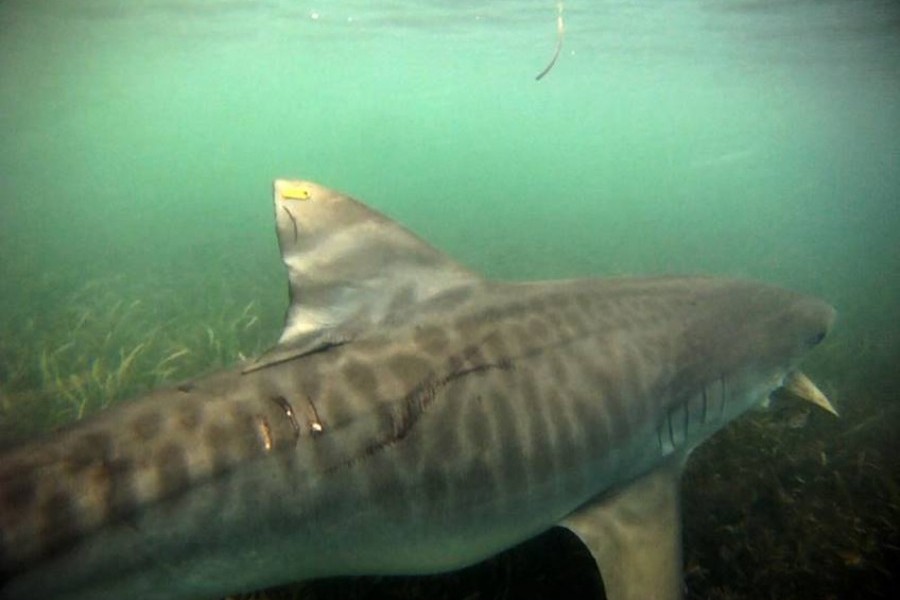 Shark Bay earned its World Heritage status, in part, because of its 1,853 square miles (4,800 square kilometers) of seagrass beds, which UNESCO’s website calls the “richest in the world.” This vast, subtropical ecosystem hosts thousands of large sharks, other fishes, sea snakes, sea turtles, dolphins and a critical population of dugongs, seagrass-eating mammals related to manatees.

Earlier published research by Nowicki and partners documented seagrass recovery (or lack thereof) following 70- to 90-percent losses of seagrasses at study sites after summer 2011 brought the hottest water temperatures on record at the time. Heat waves are one type of “extreme climactic event” predicted to become more common due to global climate change. Shark Bay’s dominant seagrass species, Amphibolis antarctica, declined and failed to rebound significantly in the next few years, and in some spots it was replaced by smaller, tropical Halodule uninervis seagrass — somewhat like replacing a forested canopy with a mowed lawn.

“The Amphibolis seagrass is like a giant thicket that creates habitat and food, slows down water currents and clarifies the water,” Nowicki said. “When we lost those functions, the question was, can the animals tolerate that?”

Nowicki and partners had a unique opportunity to find out. Shark Bay study partners had amassed thousands of hours of relatively consistent, coordinated baseline data — sharks caught and released, transect survey observations of dugongs, sea turtles, sea snakes and more. Now they were in the right place, at the right time, with the right data to assess how several interrelated species were responding to a lasting “legacy effect” of an extreme climate event — seagrass loss — through a study of rare scope and detail.

“Essentially we found that, for most species, when you lose the seagrass resources you lose a lot of the animals, but the nature of how they get lost — for instance, whether they starve or leave — and the  degree to which you lose them differs by species,” Nowicki said. “Dugongs, which have to eat seagrasses, and sea snakes, which use it for foraging and refuge, were really hard hit.” 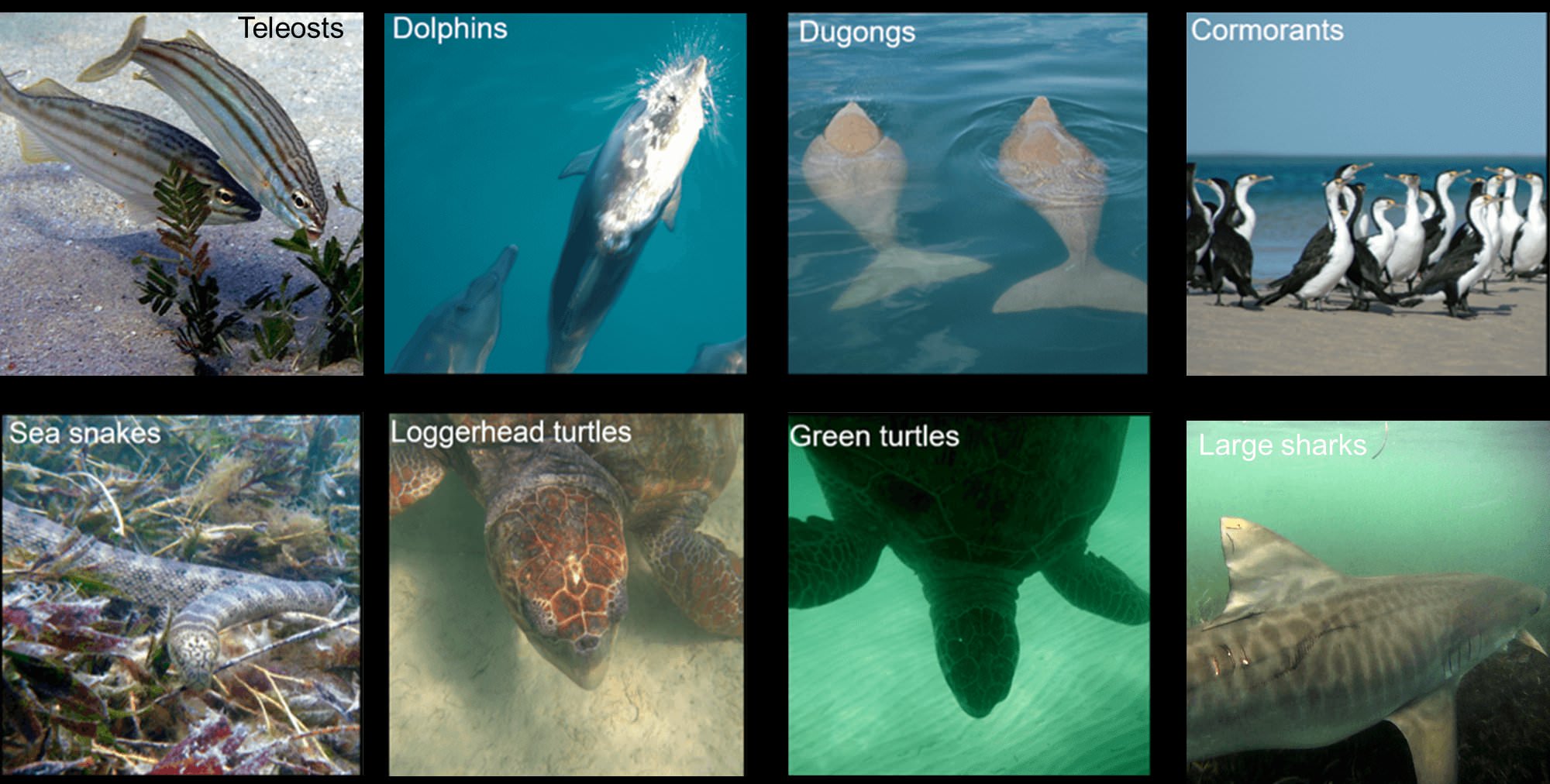 The declines in abundance of dolphins, cormorants, green sea turtles, dugongs and sea snakes were all statistically significant, meaning that they were highly unlikely to occur by chance. While this type of study cannot prove definitively that the seagrass loss drove these major changes — and the experimental setups needed for that proof are challenging to implement in the ocean — the study strongly suggests seagrass loss was a problem for these animals, based on many past studies of the animals’ life history, relationships to seagrass beds and to one another.

In addition to declines, the authors noted which of these “consumer” animals appeared to take greater risks following the seagrass die-off, perhaps pursuing scarcer food more boldly in a way that exposed them to the risk of predatory sharks. The authors wrote: “Several consumer groups significantly modified their habitat use patterns in response to the (seagrass) die-off, but only bottlenose dolphins did so in a manner suggestive of a change in risk-taking behavior.”

Above all, the authors offer an important perspective on extreme climactic events (ECEs), expected more often amid climate change: “We show that ECEs can have strong indirect effects on megafauna populations and habitat use patterns in the marine environment, even when direct effects are minimal.” Direct effects include the temperature change and indirect included seagrass loss and altered relationships among wildlife. The results also suggest that “generalist marine consumers are less susceptible to indirect effects of ECEs than specialists.”

In general, Nowicki said: “If the seagrass beds are lost or changed permanently or semi-permanently, and then we have these animal populations crash, where do they go if they can go anywhere, and what does it mean for Shark Bay as a World Heritage Site?”

In more developed regions, seagrass habitats face not only climactic events, but local stressors such as pollution. Nowicki says that minimizing local stressors, such as nutrient pollution from fertilizer runoff into bays and estuaries, may give seagrasses — and in turn, the animals they support — better odds amid climate change and other global stressors.