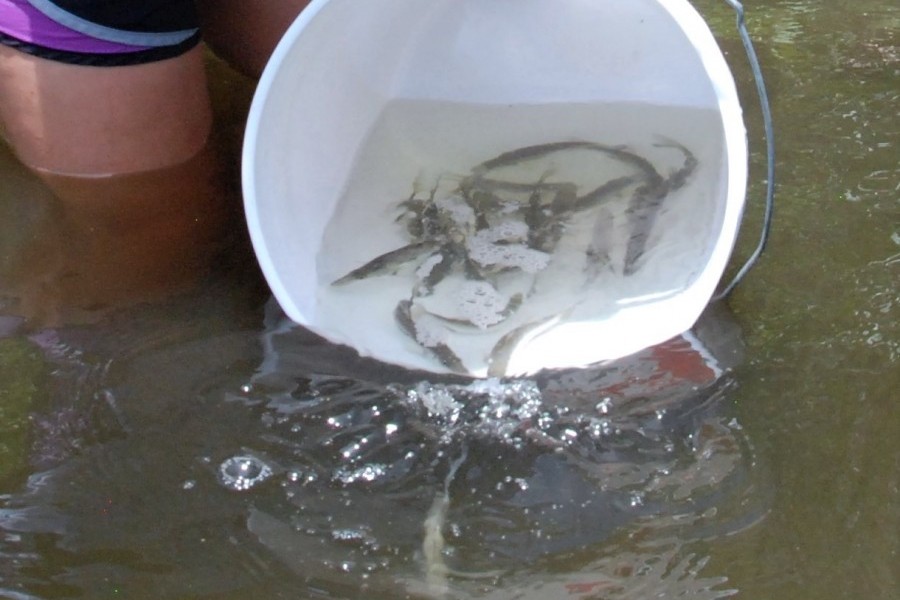 Photo: Snook are released into Ainger Creek through a project by Mote, CCA and FWC. Credit: Mote Marine Laboratory

After red tide caused serious fish kills along the Gulf of Mexico in 2018, three fish-friendly organizations joined forces in a science-based effort to help the popular sportfish common snook rebound faster in certain hard-hit areas. Mote Marine Laboratory, the Florida Fish and Wildlife Conservation Commission (FWC), and Coastal Conservation Association (CCA) launched the Adopt-A-Snook program allowing the public to donate toward raising and releasing juvenile snook in a fisheries enhancement effort based on more than two decades of research. In this episode of “Two Sea Fans,” Mote Staff Scientist Dr. Ryan Schloesser tells hosts Hayley and Joe how many snook have been raised and released with special tags, and how often the snook been detected by scientific equipment since release. The answer might surprise you!