The Stranding Investigations Program provides 24-hour response to sick, injured and deceased marine mammals and sea turtles within the coastal waters of Southwest Florida, mainly in Sarasota and Manatee counties. The program also offers logistical support to state biologists in the verification and rescue of sick, injured or deceased manatees, an endangered species living in Florida’s coastal waters.

Stranded cetaceans (whales and dolphins) and sea turtles are recovered and transported to Mote. Most calls are for deceased animals. In those cases, SIP staff performs detailed post-mortem examinations known as necropsies (animal autopsies). The information gathered during necropsy helps to evaluate the long-term mortality trends of these species, especially as it relates to pathology or human-related activities. Such research data are crucial to species management and conservation.

The Stranding Investigations Program has been involved in sea turtle strandings since 2003 and has recovered more than 2,000 turtles during that time. Seven species of sea turtles are found globally, and five of the species are found in the Gulf of Mexico. The Program has responded to strandings of each of these five species as part of the Sea Turtle Stranding and Salvage Network authorized through the Florida Fish and Wildlife Conservation Commission. The Program also works closely with Mote's Sea Turtle Rehabilitation Hospital and its Sea Turtle Conservation and Research Program. Many of these efforts have been supported in part by grants awarded from the Sea Turtle Grants Program, which is funded by sales of the Florida Sea Turtle License Plate (www.helpingseaturtles.org).

Mote Marine Laboratory has been providing stranding support for cetaceans since 1969, when they attempted rescue of dolphins during a mass stranding off Sarasota. The Stranding Investigations Program was formally established in 1985 and, since then, Mote staff have responded to more than 780 cetacean strandings of 19 species.

The Program is a member of the Southeastern U.S. Marine Mammal Stranding Network, a group of marine animal rescue organizations under the direction of NOAA’s National Marine Fisheries Service.

At Mote, the Stranding Investigations Program works closely with the Sarasota Dolphin Research Program, which studies the lives of bottlenose dolphins in Sarasota Bay as part of the world’s longest-running study of a wild dolphin population. In this way, the Strandings Program helps uncover the causes of death for animals closely studied during their lives and plays a crucial role in wider species conservation.

Following the necropsy of the recovered cetaceans, the bones are cleaned, examined and catalogued in the Ruth DeLynn Osteological Collection at Mote. This curated collection, accredited by the American Society of Mammalogists, catalogues the bones of dolphins and whales and is available for study by qualified researchers.

Combined, these efforts illuminate these protected species' way of life and provided crucial information about their causes of death. 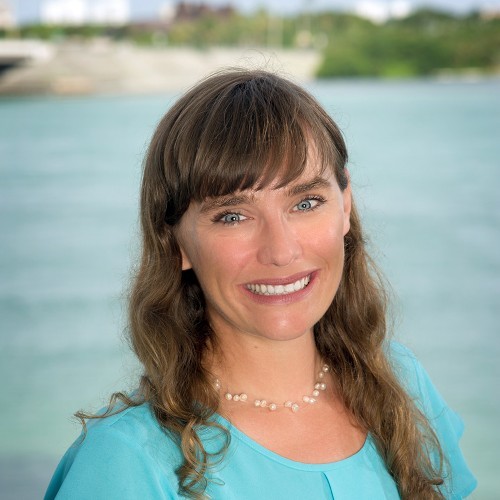