Tootsie was released off of Lido Beach in Sarasota, FL! 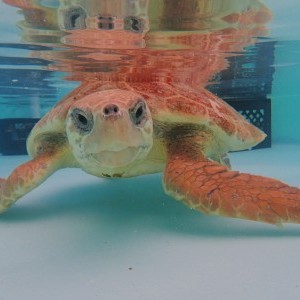 06/08/2019  Turtle was found floating 150 yards offshore of Siesta Key in the evening. Sarasota County sheriff's office Deputy Mike Watson and Sarasota City Island PD officer Mike Skinner aided in the rescue of this turtle. The turtle was given the nickname "Tootsie Roll" and brought back to Mote for rehabilitation. Was weighed, blood was drawn, fluids & antibiotics were given, and it was placed in low water.

06/12/2019 Tootsie Roll continues to eat well. Still in low water level due to a bouyancy issue. Was placed on injectable iron once a week due to anemia.

06/25/2019  Tootsie Roll continues to be at low water level because of bouyancy issues. Tootsie was taken off the injectable antibiotic and placed on an oral antibiotic that targets bacterial and parasitic infections. Also put on oral iron Monday-Friday.

08/01/2019  Tootsie continues to do well. Tootsie is still underweight but is continuously gaining. 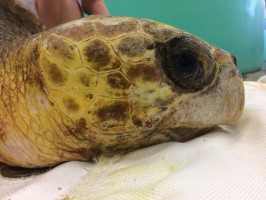 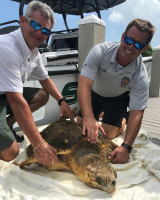 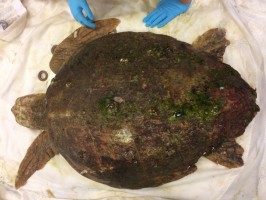 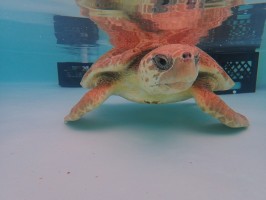 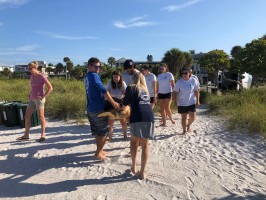 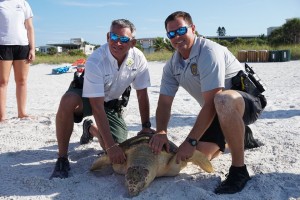