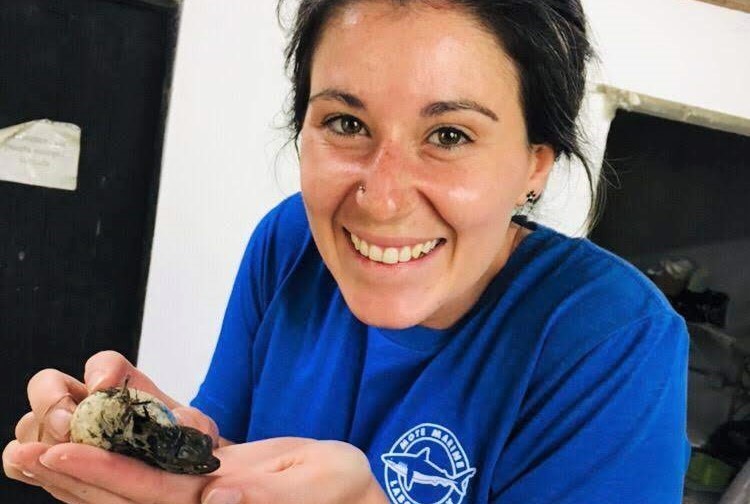 A Mote Aquarium biologist recently took her crocodilian-care skills to Argentina, assisting with a conservation and research project that is helping the broad-snouted caiman recover from environmental threats.

The broad-snouted caiman (Caiman latirostris) belongs to the scientific order Crocodilia, which also includes crocodiles, gharials and alligators. This reptile, native to several South American countries, declined historically due to habitat loss and illegal hunting. Today the Argentinian program Proyecto Yacaré, based in Santa Fe, works to study and enhance wild populations of broad-snouted and yacaré caimans while supporting local economies and legal farming of the animals for skins and meat.

Mote Aquarium Biologist II Veronica Garcia, who cares for crocodilians in Mote’s exhibit “The Teeth Beneath: The Wild World of Gators, Crocs and Caimans” along with multiple other resident animals, was awarded a competitive grant from the Florida Association of Zoos & Aquariums (FAZA) to spend two weeks during the past month working with Proyecto Yacaré. She originally connected with the project by meeting participant Lucía Fernandez during the Association of Zoos & Aquariums (AZA) Professional Development Program: Crocodilian Biology and Professional Management. 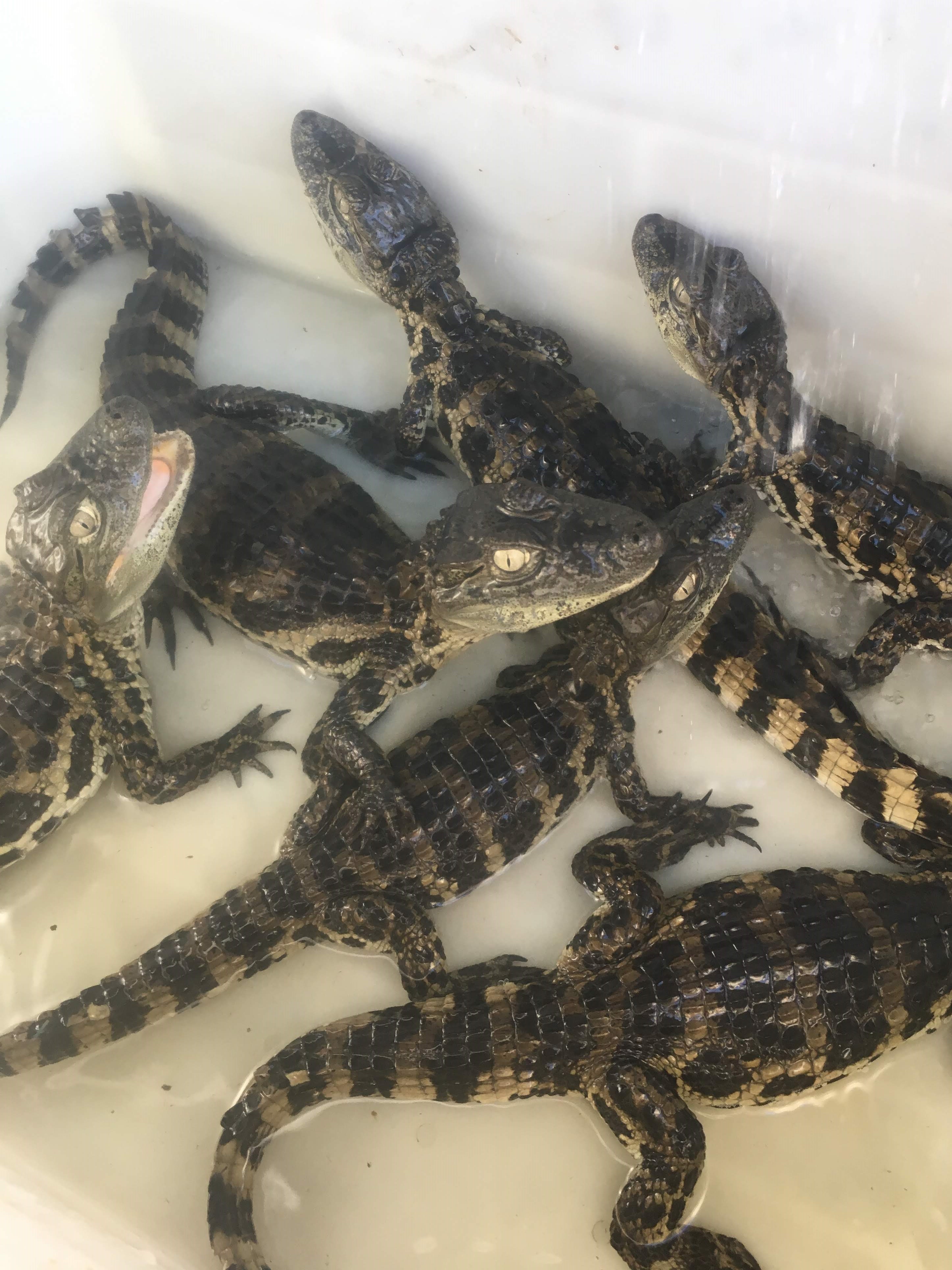 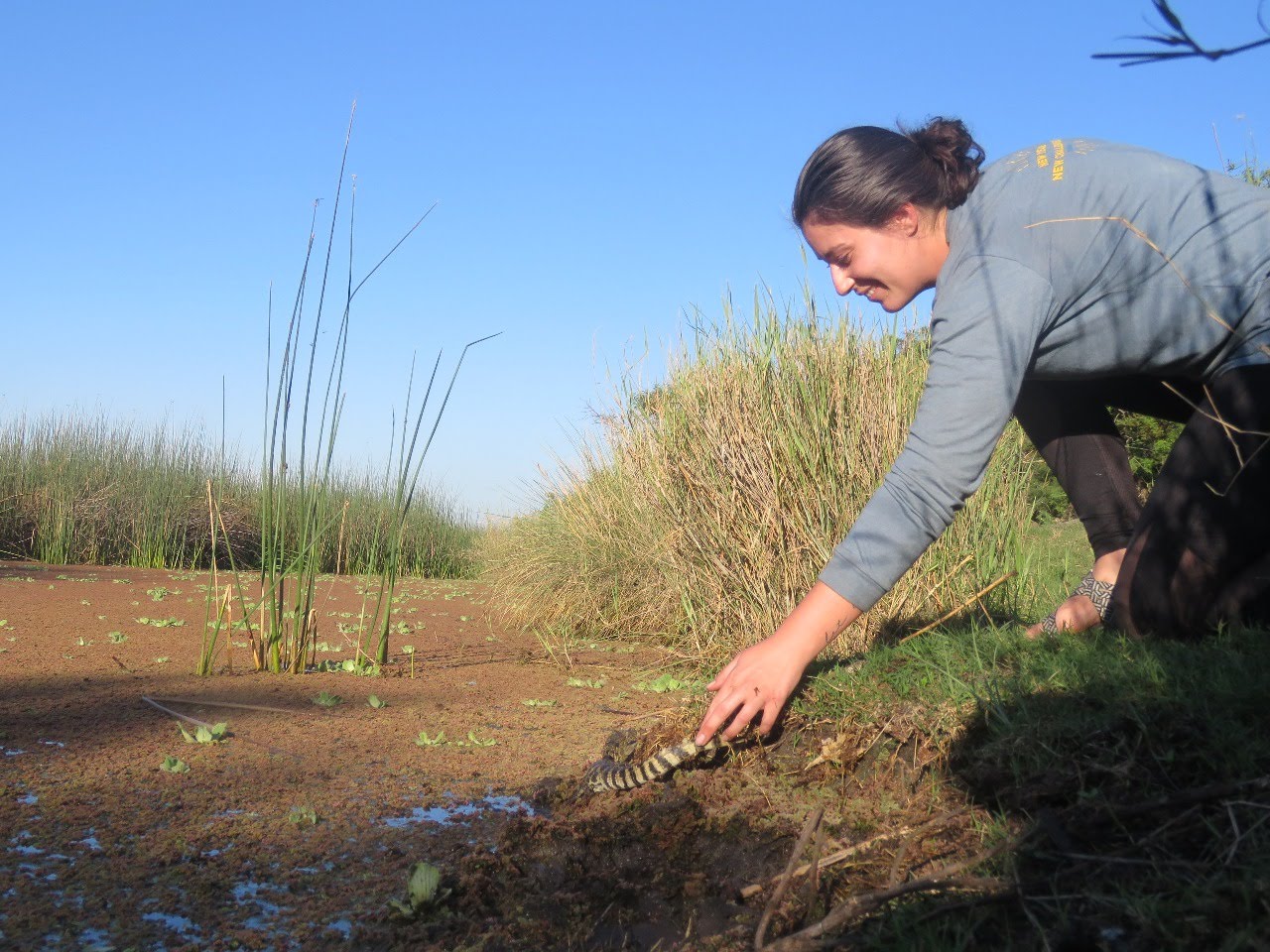 “Proyecto Yacaré started in the 1990s because of declines in these caiman species, and today they have a number of research projects going on, and they invite the local residents to get involved and to care about this species,” Garcia said. “Locals collect eggs and show researchers the nest sites in the wild, and locals are paid for their efforts and encouraged to protect these nests. The researchers raise and study the caimans and release some to the wild. It’s been a successful effort that serves as a model for conservation of the species elsewhere, and it was exciting to be part of it.”

Thanks in part to Proyecto Yacaré’s efforts, the Argentine population of broad-snouted caimans was moved into a less-threatened category under the Convention on the International Trade in Endangered Species of Wild Flora and Fauna (CITES) in 1997. They moved from Appendix I (for species threatened with extinction) to Appendix II (for less threatened species whose trade must still be managed carefully).

“Proyecto Yacaré is a unique effort for Santa Fe and an example for our country and the world,” said Lucía Fernandez. “Our large team of interdisciplinary researchers is able to address many areas of knowledge with crocodilian species, including immunology, endocrinology, effects of pollution on animal systems, genetics, behavior, socio-economic studies of the use of these species as a resource, more efficient breeding and animal husbandry techniques, effects of climate change on the broad-snouted caiman, and more. Based on those efforts, Proyecto Yacaré has enormous potential for volunteers to work alongside our researchers year after year; our work is enriched by the participation of people from different parts of the world.”

Mote Aquarium emphasizes ocean and watershed conservation, and its exhibit “The Teeth Beneath” discusses the importance of conserving crocodilians in Florida and beyond. The Aquarium is the public outreach hub for Mote Marine Laboratory, an independent, nonprofit, ocean science institution. Mote is AZA-accredited, a special distinction recognizing its high-quality animal care, research and conservation efforts, and other commitments to excellence.

“Veronica took the initiative to apply her experience with crocodilians to an important conservation program, while gaining plenty of new knowledge that she brought back to our team here at Mote,” said Evan Barniskis, Assistant Vice President for Mote Aquarium. “This kind of international exchange enhances our animal care programs and enriches the science and conservation knowledge we can share with the public.”