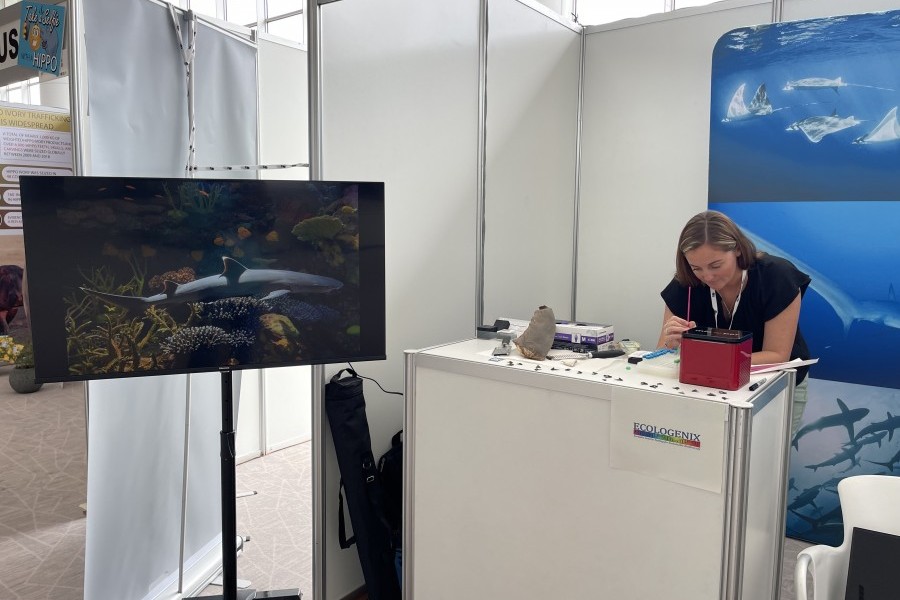 In Panama, the fate of the shark fin trade is being decided during the 19th conference of the Convention on International Trade in Endangered Species of Wild Fauna and Flora (CITES). The world’s preeminent treaty for the management of international trade in plants and animals, the more than 180 parties to CITES will consider proposals for protecting nearly 600 additional species throughout the two-week conference. Two of the most high-profile proposals include protections for whole groups of sharks; so important are these considered proposals that a hammerhead shark is part of the meeting’s official logo. In a major win for shark populations worldwide, these two proposals achieved the minimum votes needed to pass.

The two shark-related proposals include protections for the Carcharhinidae and Sphyrnidae families of sharks on CITES Appendix II, which provides a sharp increase in the number of sharks species regulated by the treaty. Appendix II, in summary, requires that participating countries provide extensive documentation that any trade in products from listed animals is traceable and sustainable.

Why these two families of sharks? With 55 species making up family Carcharhindiae, including bull, sandbar, and several reef sharks, and the remaining hammerheads not already listed in family Sphyrnidae, these sharks represent some of the most common species in the international shark fin trade. Mote Senior Scientist and Director of the Center for Shark Research, Dr. Demian Chapman, coauthored one publication earlier this year that showed that nearly 2/3 of the species of shark fins found in markets in China and Hong Kong came from species that are considered threatened or endangered with extinction. “Another way to put it, is that just being found in the trade is a good indicator that the species is most likely to be in peril,” says Chapman.

Chapman has been in Panama during the conference to present this work along with previous work as part of the Global FinPrint to delegates from countries that participate in CITES. “Our research has shown that sharks worldwide are in trouble, and for almost all, that threat comes from trade in shark products, especially the fins,” continued Chapman.

The solution? “The CITES parties are listening to what our science is showing, that trade is the number one threat to sharks, and that listing these species as Appendix II will push countries to better manage their shark exports, which is especially important for imperiled coastal species we see with high-value fins at market.”

In addition to presenting research that supports widespread trade protections for sharks, Mote scientists are also showcasing practical tools that can be used to implement those protections. Mote Staff Biologist Valerie Hagan spent the week in Panama demonstrating how a DNA test can be used at import locations to quickly identify the species from which shark products originated.

“Shark products that show up at market are incredibly difficult to identify the species,” said Hagan. “Working with the company Ecologenix, we’ve been able to co-develop a rapid DNA test that can identify up to 48 samples at a time, in under 3 hours, and it also allows it to be done onsite, without needing to send the samples off to a lab.”

Chapman’s work in Belize has shown how shark researchers, resource managers, and fishers that depend on shark fishing for their way of life can come together for the benefit of sharks. In 2021, Belize protected nearly 1,500 square miles for the express purpose of limiting shark fishing. Thanks to support from The Ellen Fund, Chapman and colleagues have now trained and hired shark fishers to target species for tagging and tracking, instead of for food. “Protecting and limiting harvest of sharks can be done in a way that is culturally- and economically-sensitive to local populations, while also giving shark populations the best chance at recovery.”

“At Mote, our scientists are attacking some of the biggest challenges our oceans are facing with both quality research to understand the issue, and by finding new technologies that can help provide practical, science-based solutions,” said Mote President & CEO Dr. Michael P. Crosby. “As an institution founded by the world-famous Shark Lady, Dr. Eugenie Clark, I’m proud that our work is being referenced and used as an indicator of the work that needs to be done to protect sharks, and their ray cousins.”