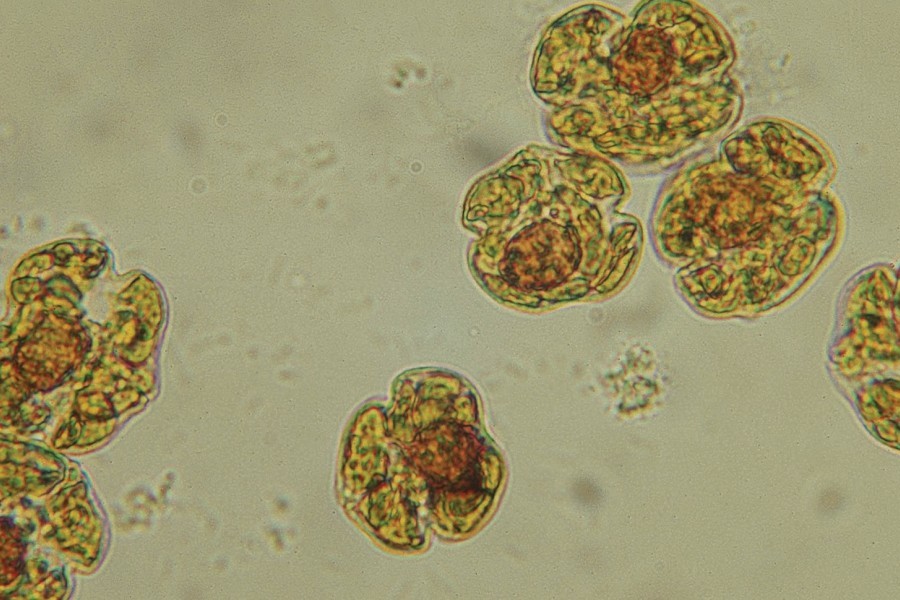 November 10, 2020 — Sarasota, FL — Mote Marine Laboratory & Aquarium is pleased to announce 16 projects have been selected for Year 2 of the Florida Red Tide Mitigation & Technology Development Initiative. The Initiative is led by Mote in partnership with the Florida Fish and Wildlife Conservation Commission.

The Florida Red Tide Mitigation & Technology Development Initiative was established and supported by state appropriations starting in June 2019. It focuses on uniting the best and brightest scientists from around the world in game-changing efforts to reduce impacts of Florida red tides, blooms of the toxin-producing algae species Karenia brevis.

The first round of projects was announced in early 2020, and included innovative projects such as deriving compounds from brewer’s spent grain, a byproduct from the beer brewing process, and testing its ability to control Florida red tide and its toxins. There are now more than 20 current research projects as part of the Initiative that includes 12 different partnering institutions and organizations. Read about all projects here. Additionally, Mote’s research facility infrastructure continues to expand in order to accommodate Initiative projects and provide safe spaces to test mitigation technologies and methods in a controlled setting.

“The projects selected for this round are made up of extremely diverse and innovative technologies, something that is really exciting for us at Mote and impactful for the Initiative,” said Mote President & CEO Dr. Michael P. Crosby. “We know that there will be no one single silver bullet for mitigating red tide and its effects, so we are supporting developing technologies and methodologies that range from physical to chemical controls, early prevention to bloom treatment, projects led by universities, independent nonprofits like Mote, and for-profit businesses. We know that when we bring in the best and brightest from a variety of sectors we’re more likely to find solutions, and that’s what makes the Initiative such an exciting endeavor.”

Kevin Claridge, Associate Vice President for Sponsored Research and Coastal Policy Programs at Mote, said: “We’ve had tremendous success with our first round of partner projects, even despite the challenges that COVID-19 has presented. I think that success led to more wanting to be a part of this exciting Initiative.  In total, the Initiative has received approximately 60 proposals from state, national, and international scientists – and we’re very pleased with the sixteen we’ve chosen for Year 2.”

A panel of scientists from eight different agencies and institutions reviewed the partner led grant proposals submitted, and the strongest proposals were presented to the Red Tide Initiative Technical Advisory Council on October 2, 2020. The sixteen Mote and partner-led projects will be awarded over $2.1 million in total grant support.

Learn more about the Red Tide Initiative and the full list of Mote and partner-led projects at redtidemtdi.org