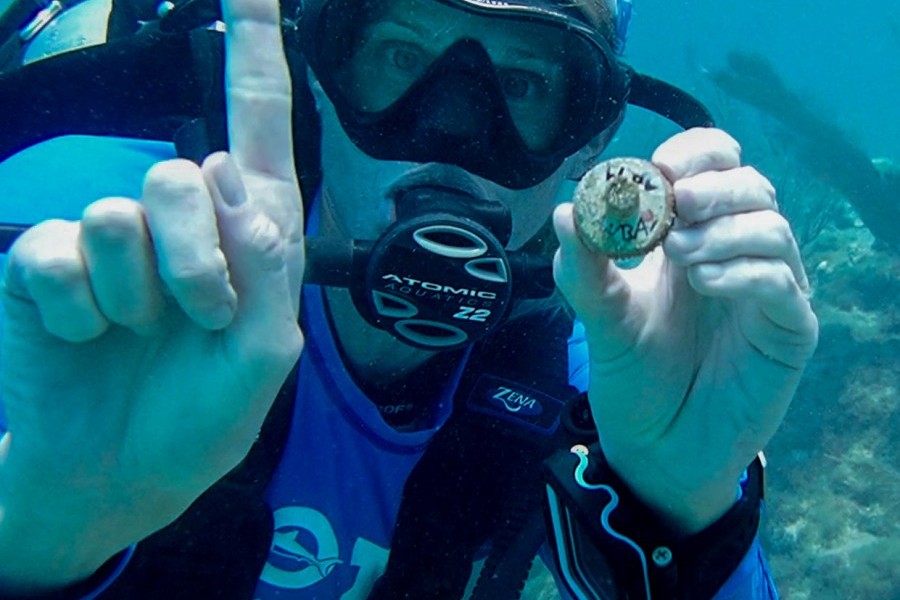 On April 28, Mote outplanted the first coral fragments from its satellite nursery in Islamorada at Bud 'N Mary's Marina. These corals were initially fragmented on the evening of November 11, 2021 during a special celebration of the opening of Islamorada's first and only coral nursery.  The Stanczyk family of Bud 'N Mary's Marina were present and made the first inaugural fragments of the coral nursery. Other supporters of Mote, including Florida Keys Brewing Company owners Craig and Cheryl McBay (with kids Arlo and Rose), Steven Groth of Papa's Pilar, and Chamber of Commerce Executive Director Judy Hull joined in on the fragmenting fun. Also in attendance were co-founders of I.Care, Dr. Kylie Smith and Mike Goldberg as well as the dive shop owners and staff that support them including Key Dives, Islamorada Dive Center, and Conch Republic Divers.

Land-based coral nurseries, like the one at Bud 'N Mary's, provide a more integrated reef restoration approach, as some native coral species, such as Acropora palmata (elkhorn coral), grow faster after fragmentation on land as compared to in-water fragmentation and grow out. Field-based, or in-water, nurseries will also be utilized for optimized growth of other significant species used in coral restoration. Having the ability to do both land- and in-water based restoration in hybridized nurseries provides Mote a unique advantage to further its resilience-based restoration along Florida’s Coral Reef. Mote’s innovative microfragmentation and reskinning methodology allows Mote to grow thousands of coral fragments on land before planting them onto the reef, stimulating rapid growth and recovery. Microfragmentation refers to the act of cutting the coral into small pieces to create genetically identical duplicates that grow as much as 50x faster. Once the duplicates have grown to about a quarter-size on top of ceramic plug within the land-based nursery, the corals can be outplanted in circular arrays on the reef. The coral will fuse together quickly once outplanted and in five years or less become sexually mature.

These coral outplants are just the beginning; Mote plans to consistently outplant coral over the coming weeks and months in the Upper Keys. A new land-based nursery in Key Largo, at the Reefhouse Resort and Marina, is underway as well as two in-water field nurseries in the near future. These nurseries, and the staff and partners that support them, prove Mote's resolve to outplant in the entirety of the Florida Keys portion of Florida's Coral Reef.  Mote, alongside other coral restoration practitioners and partners, are placing additional emphasis on the NOAA-led initiative, Mission: Iconic Reefs. Mission: Iconic Reefs is an unprecedented blueprint to restore seven iconic reefs within the Florida Keys National Marine Sanctuary.

Mote's new Community Engagement Manager of the Upper Keys, Erin Muir, will start tours of the Bud 'N Mary's nursery on Tuesdays at 2 p.m. in June. Tours will be open to the free and open to the public. Tours of Mote's Elizabeth Moore International Center of Coral Reef Research and Restoration in Summerland Key, home of North America's largest land-based coral nursery, hosts tours on Tuesdays at 10 a.m. For more information about tours, visit Mote.org or call 305-745-2729 x700.