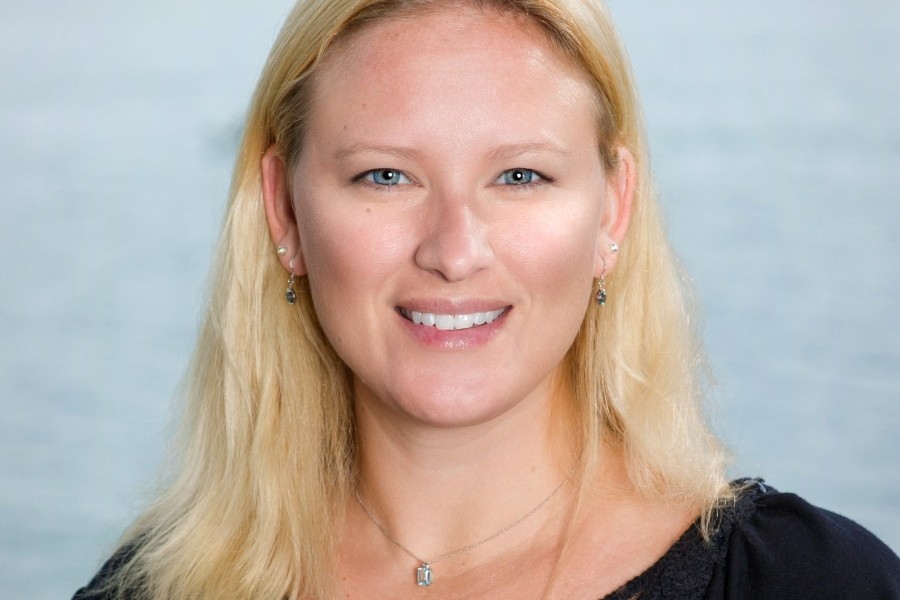 The Microbiome Awards provides young, extraordinary scientists with funding and recognition to carry out scientific work in the field of microbiome research. This field involves the study of microorganisms like bacteria found in the body.

“Exposure to pollutants, such as oil, can lead to immunosuppression, which decreases the ability for fish to fight off disease,” Tarnecki said. “The community of bacteria found on and in fish, known as the microbiome, plays an important role in disease resistance by outcompeting pathogens, and is often considered an extension of the fish’s immune system. However, it is not well understood how oil exposure impacts these communities. As beneficial bacteria play a vital role in disease prevention, studying the impacts of oil on these microorganisms is essential in order to fully comprehend the effects of these pollutants on fish health. To determine this, I am going to be looking at different tissue samples to see how the bacterial communities change when they are exposed to oil.”

After the Deepwater Horizon disaster in April 2010 resulted in the release of an estimated 4.4 million barrels of unrefined crude oil into the Gulf of Mexico, scientists began to realize that it was hard to determine the effects this disaster had on fish and other marine life, because in many cases, pre-spill data was not available.

“Right now, we don’t completely understand how large, sudden influxes of oil affect fish health. We know exposure can cause negative effects, but we don’t fully understand the long-term implications of those impacts,” Tarnecki said.

Thus, after the oil spill, Mote scientists began working toward developing rapid health-diagnostic tests based on sub-lethal responses that will better predict short- and long-term impacts of oil exposure in Gulf of Mexico fishes. Mote and its collaborators are examining how specific levels of oil components affect fish under highly controlled conditions in the lab, and Tarnecki’s goal is to add to this study with the funds provided by the Mo Bio Microbiome Award.

“I felt that this research being done at Mote was crucial and I couldn’t wait to join this team effort,” Tarnecki said. “My colleagues are already looking at a wide variety of immunological and reproductive parameters that can help assess the health of fish exposed to oil. Thanks to this award, I can examine another component by investigating effects on bacteria found on the skin and in the gastrointestinal tract of fishes, adding another layer to this in-depth analysis of oil exposure on fishes.”

Tarnecki will analyze the bacteria of red drum, Florida pompano or southern flounder exposed to oil via ingestion, water or sediments versus those of control (not exposed) fish. These three fish species are economically significant in the Gulf of Mexico for recreational fisheries and also for potential food fish production in aquaculture.

“A big portion of the United States economy comes from fisheries,” Tarnecki said. “Recreational and commercial fisheries supply $200 billion a year to the economy, so it is important to keep our fish stocks healthy. If we understand how fish are impacted by potential pollutants like oil, we can alter management strategies to help protect these economically and ecologically important populations.”

Tarnecki will take cotton swabs of the fish’s skin mucus or intestines in order to collect bacteria. After some processing, Mo Bio will analyze the samples and send the results back to Tarnecki to review. She will then decipher any patterns to identify bacterial biomarkers in fish that could help determine if a fish was exposed to oil and give an idea of the overall health of that fish.

This study will provide insight into the effects of pollutants on the fish microbiomes and how these changes relate to fish health. Members of the bacterial community that are altered during pollutant exposure that correlate with immunosuppression will be identified as potential biomarkers for fish health.

Identifying these bacterial biomarkers is the first step in producing a minimally invasive, non-lethal monitoring procedure to quickly assess fish health in the field and in aquaculture during stressor events.

“We’re hoping that one day you can take a non-invasive sample from a fish and get an idea of how healthy that fish is before, during, and after a stressor event,” Tarnecki said.