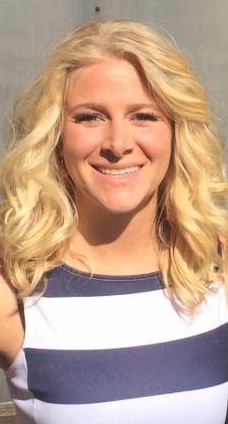 Koch will collaborate with Mote’s Program Managers, Dr. David Vaughan and Dr. Erinn Muller (who is also the IC2R3 Science Director), to initiate a new line of research seeking novel solutions for promoting the long-term survival of reef ecosystems by bridging the fields of evolutionary biology (Koch), coral health and disease (Muller), and coral reef restoration (Vaughan). The focus of this work will be to study which genetically-based traits may provide threatened coral species with increased resistance or resilience to environmental stressors and then use this information to advance coral restoration strategies.

The objective is to breed and raise, in a controlled lab-setting, corals with certain desirable traits while at the same time controlling for the maintenance of genetic diversity among offspring. This type of approach harnesses the power of a natural process, sexual reproduction, for generating novel genotypes and increasing genetic diversity while simultaneously increasing resilience within the population of offspring. The ability to more closely monitor and accelerate naturally-occurring processes in the lab not only provides valuable information about coral adaptive potential, but it also benefits corals being grown for restoration back onto wild reefs.

Dr. Koch explains, “Just as in humans, where offspring are products of both parents and thus share certain traits with each parent, the same concept applies to all organisms undergoing sexual reproduction, including corals. However, in order for traits to be inherited by the next generation, they must have a genetic basis. Therefore, our goal with this work is to assess the heritability of traits relevant for adaptation to environmental stressors related to ongoing climate change. If indeed these traits are heritable, then by crossing resilient parent corals we may be able to generate more robust offspring with beneficial traits inherited from both parents. Furthermore, by generating a wide range of robust genotypes, we should be able to preserve much-needed genetic diversity, enhance coral resiliency and ultimately promote the long-term survival of coral reefs and their associated ecosystems. Importantly, the process of coral reproduction, cross-fertilization and adaptation already occurs in nature, but at rates feared to be too slow to keep up with those of surrounding environmental changes. This issue is compounded by slow growth rates and long generation times of corals, reduced population sizes and connectivity, as well as extreme weather events like hurricanes, which all lead scientists to believe that human intervention through accelerated growth and reproductive timelines is necessary.”

Muller said, “We are hoping to uncover new techniques to predict and promote coral reef viability. Hanna’s experiments using sexually-reproducing corals to promote resilient offspring may be one potential solution for the restoration and long-term conservation of hard corals.”

While completing her bachelor's degree in marine science at Eckerd College in St. Petersburg, Florida, Koch had the opportunity to join a research expedition to Papua New Guinea for observing poisonous catfish with Dr. Eugenie Clark, Mote Marine Laboratory’s Founding Director. Koch later received her master’s degree in biology in 2012 from California State University, Los Angeles, where she studied local adaptation and range limits in marine gastropods along the California coast, to better understand the biological impacts of climate change. Koch then earned her doctorate in 2016 from the Max Planck Institute for Evolutionary Biology in Plön, Germany, where she studied the ecological and population genetic mechanisms underlying the evolution of sexual reproduction in an aquatic predator-prey system.