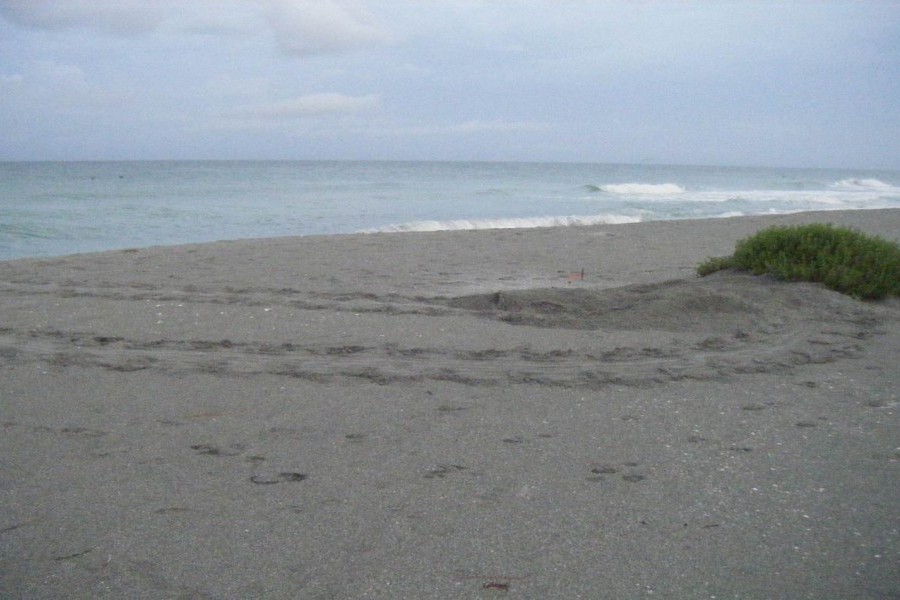 “We are excited to announce that we have broken the 35 year annual record for sea turtle nests along our area’s beaches with a total of 2,638 confirmed nests so far and we are only halfway through the nesting season,” said Kristen Mazzarella, senior biologist with Mote’s Sea Turtle Conservation and Research Program.

Mote’s Sea Turtle Patrol — a group of scientists, interns and volunteers who monitor local nesting beaches daily from May 1-Oct. 31 — report that this year's 2,638 nests have already surpassed the previous record, the entire season total from 2015, by 163 nests.

The first nest to hatch on Mote-monitored beaches was found Sunday, June 26 on Venice beach.

Mote’s multi-decade monitoring efforts provide data that resource managers can use to understand and protect sea turtle populations. Long-term data are particularly important because sea turtles are long-lived species. It takes about 30 years for hatchlings born on our beaches to return to nest as adults.

These all-time high records since the inception of Mote’s Sea Turtle Patrol 35-years ago signify the need for conservation support. Funding for supplies and operating costs will be in high demand to keep up with the highly successful nesting season.

Supplies needed to help during the 2016 turtle nesting season include:

During this busy nesting season, it is important to keep local beaches turtle-friendly.

Female sea turtles and their hatchlings find the water by heading toward the brightest horizon. On a natural beach, the ocean horizon is brighter than the shore. On a developed beach, light from waterfront properties can disorient sea turtles and draw them toward roads, drains, yards, swimming pools and other dangerous locations, exhausting the energy they need for reproduction and survival.

If you see sea turtle hatchlings travelling toward land instead of the ocean, please call Mote's sea turtle program at 941-388-4331 for instructions. If you call after hours, then Mote's automated message system will let you know what to do. Please listen to it carefully.

Here are other turtle-friendly tips: