Fighting to save coral reefs

Coral reefs, our “rainforests of the sea,” are fighting for their lives, and Mote scientists are fighting to save them. In the past year, Mote scientists progressed in their tireless effort to address the unprecedented outbreak of stony coral tissue loss disease that has spread like wildfire throughout Florida’s Coral Reef and certain Caribbean reefs in recent years. Mote’s team also charged forward with longstanding and growing efforts to investigate and respond to climate change impacts—increasing temperature and ocean acidification—that are reshaping and challenging coral reefs worldwide.

Florida’s Coral Reef has lost all but 2% of its living coral in recent decades and is unable to recover and perpetuate itself without assistance. For that reason, science-based coral reef restoration has played an increasingly vital role at Mote—a world-leader in restoration science and application—and in team efforts by the broader scientific community. 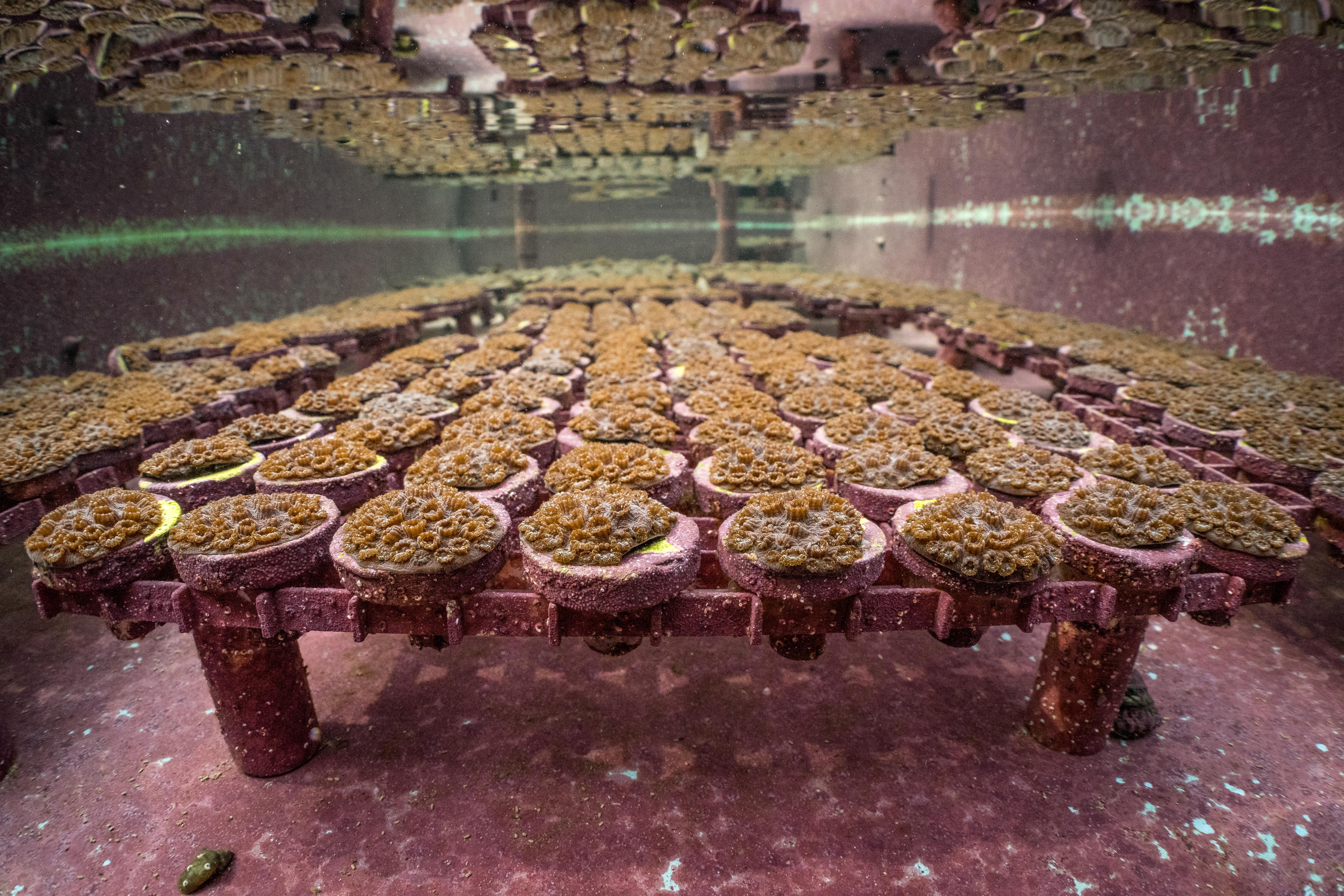 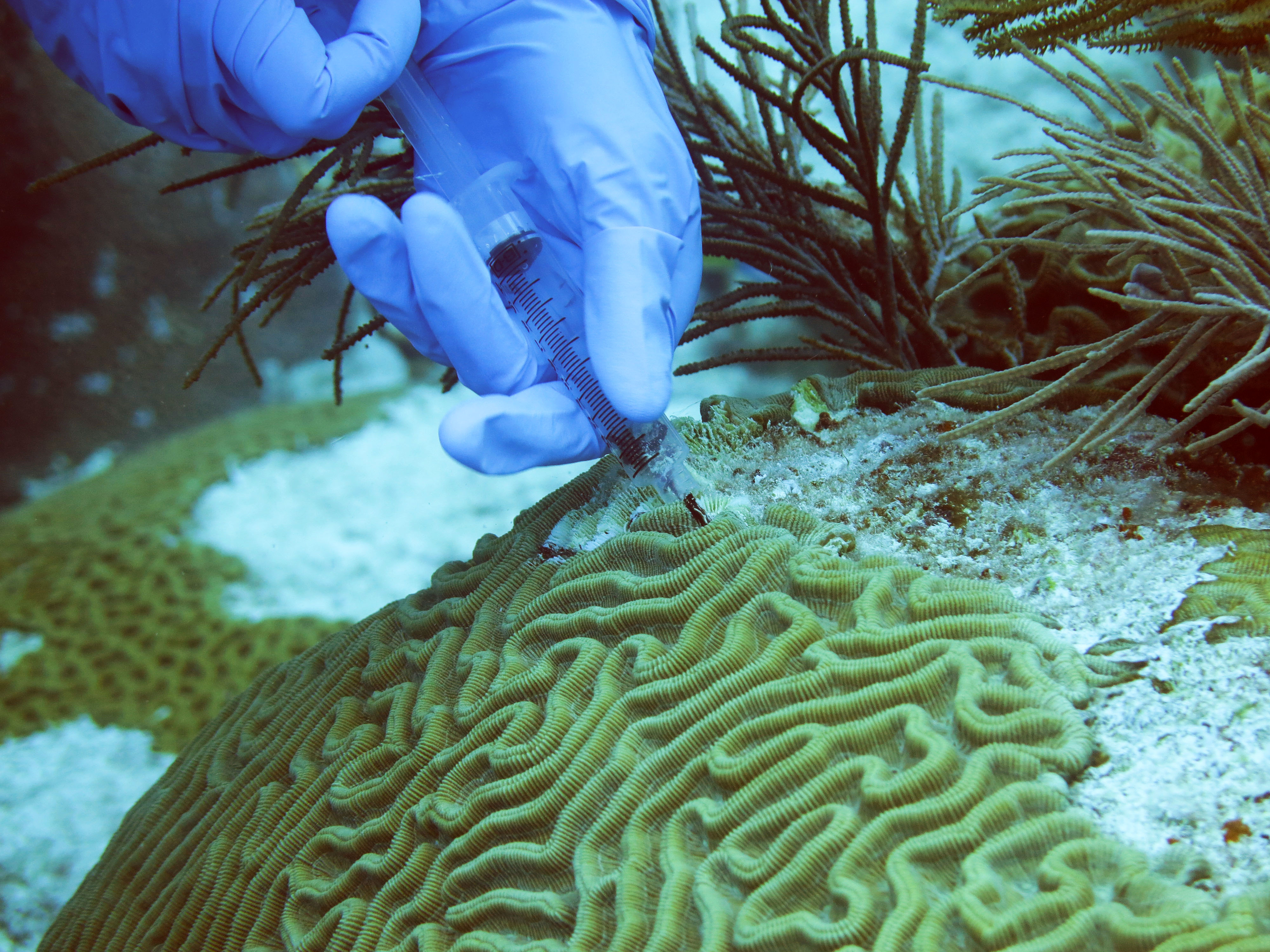 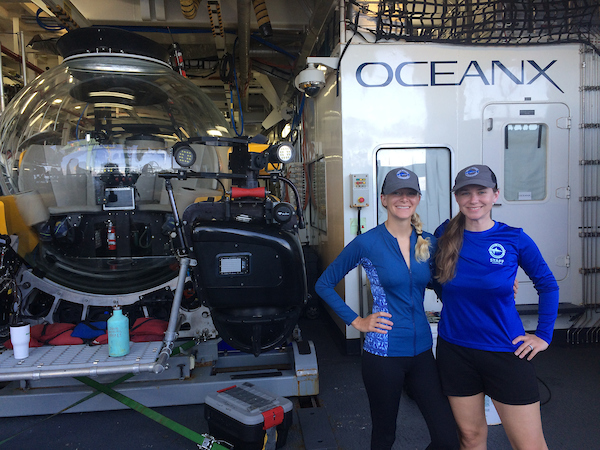 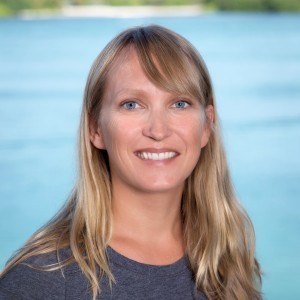 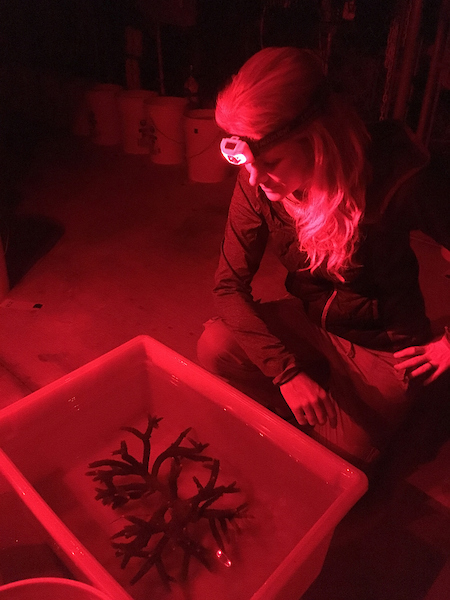 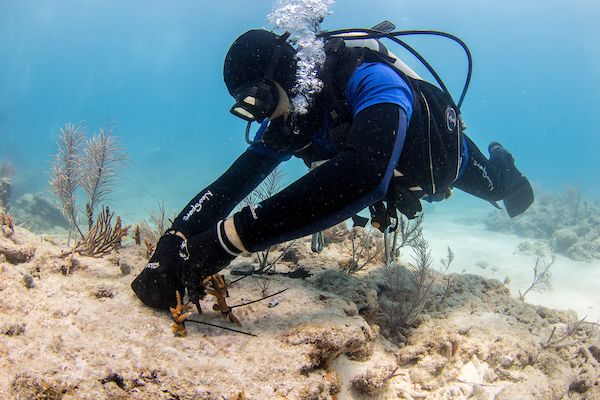 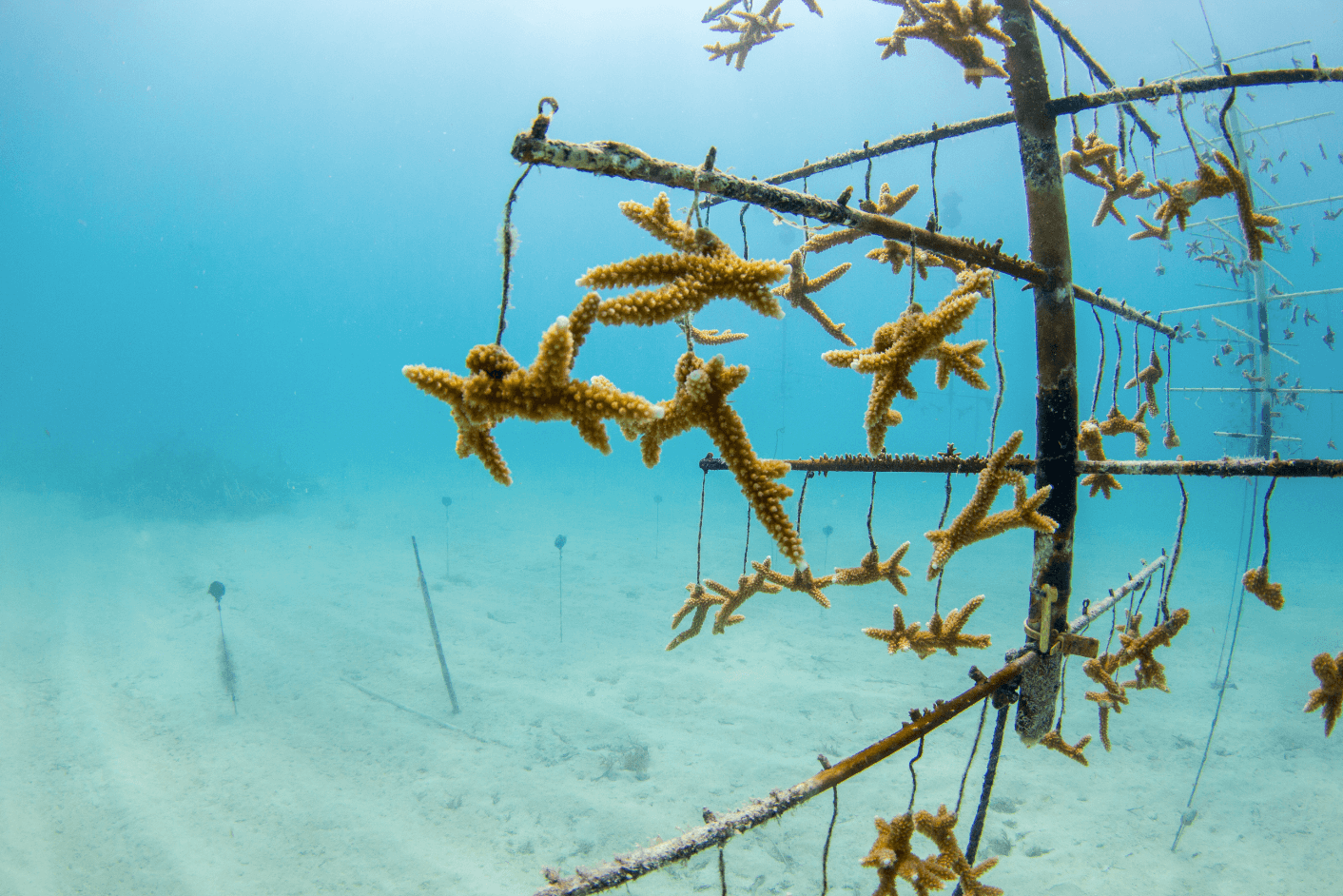 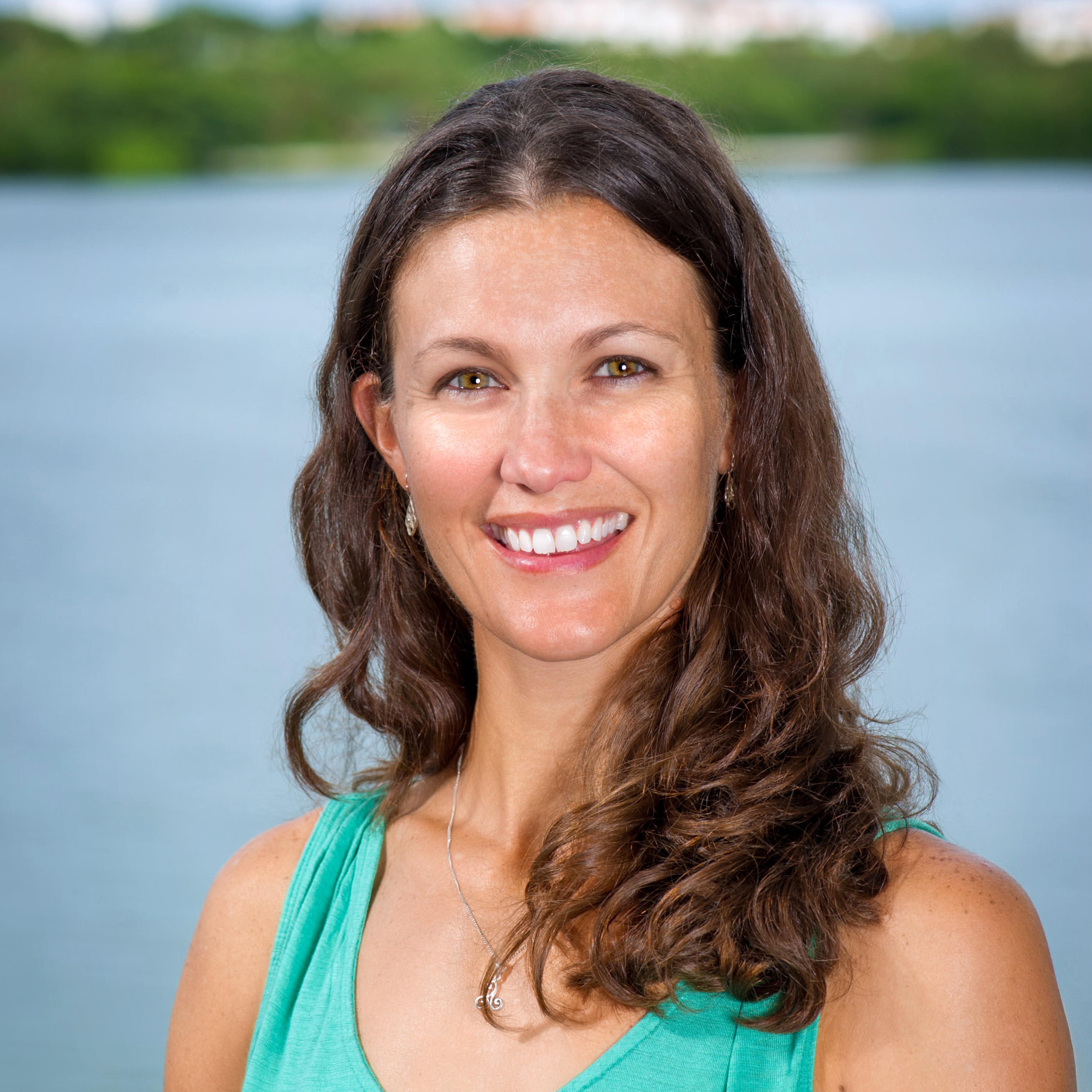 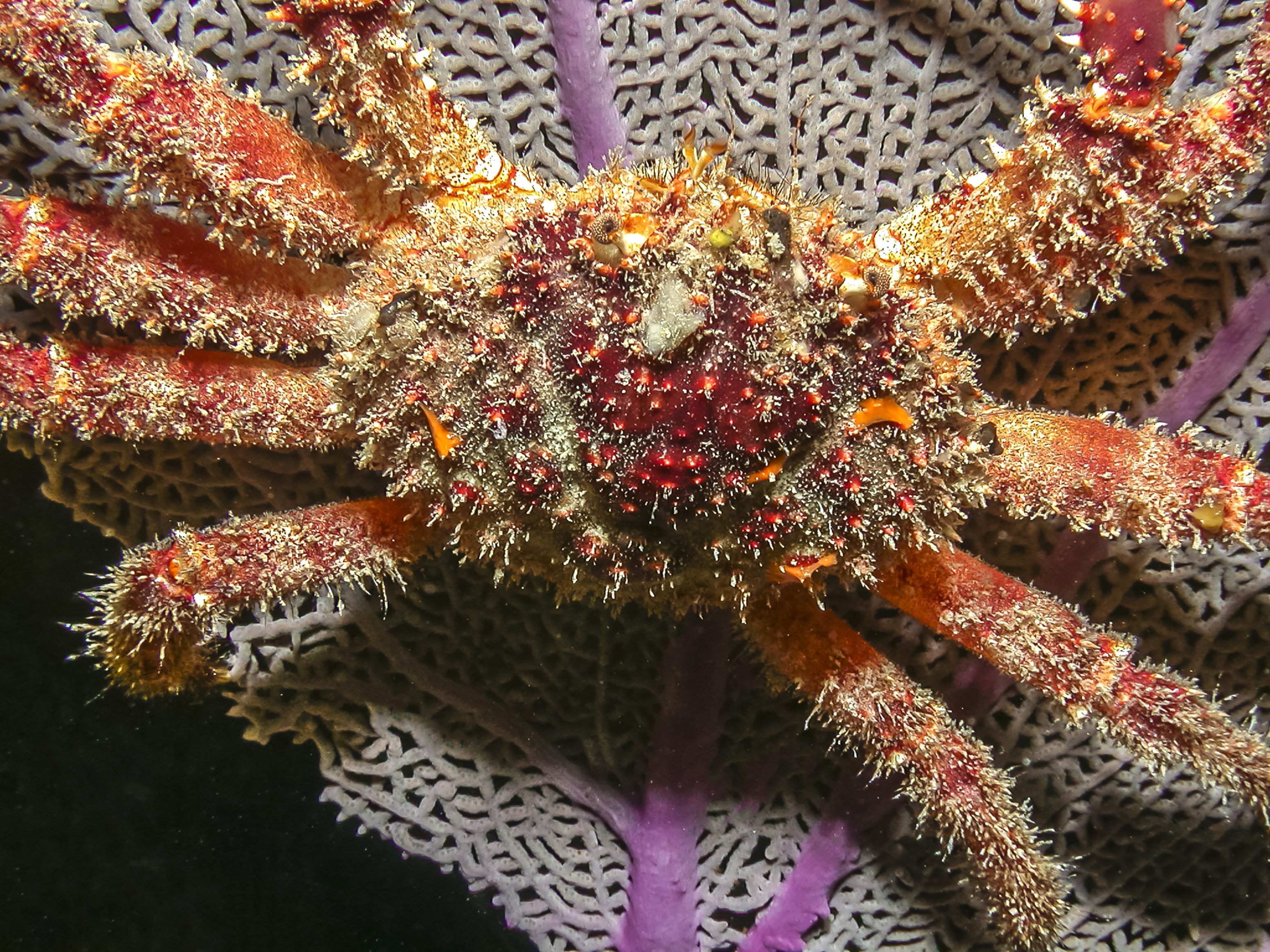