The advancement of marine and environmental sciences leading to new discoveries, revitalization, sustainability and greater public understanding of our oceans through
innovative research, education and outreach.

Letter from the Chairman 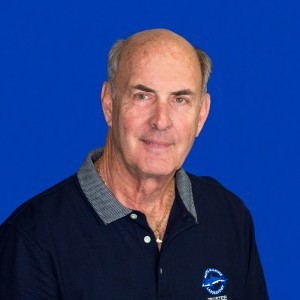 What a year! The beginning of 2020 feels like a lifetime ago, but for Mote Trustees, it was thrilling to commence the first year of Mote’s brand-new Board endorsed Beyond 2020 Vision & Strategic Plan. What followed were challenges that sought to disrupt these best-laid plans and goals, and our new strategic priority to add infrastructure. However, with skilled leadership and steadfast support of our Mote family—Trustees, staff, donors, members, volunteers and partners—we actually ended the year much stronger.

To address pandemic challenges, much like many others, Mote embraced technology to conduct business, but we also adopted technology to bring the oceans to our communities. We used enhanced online education programming, live virtual experiences, and online conferencing to connect individuals and group audiences with our science. During the temporary closure of Mote Aquarium for public safety, we transformed our campuses with upgrades to our already-stringent health and safety standards in order to meet and exceed unprecedented CDC demands, while simultaneously positioning and strengthening Mote for future crisis response. Aquarium admissions protocols were revised in preparation for re-opening, and portions of the interior ticketing area were relocated outdoors to support social distancing. This then allowed for the construction of new entry and exit galleries that highlight Mote’s history, vision for the future, and our present research locations around the globe. Regardless of the cause, this renovation is more functional, and provides striking new additions to the Aquarium. While the nearly three-month closure caused major losses in revenues, no Mote staff were furloughed or laid off during that time—validation of the caring family culture at Mote.

We not only persevered during the past year’s challenges; we achieved significant advances. Notably, Mote was honored to establish a partnership with the famed Bud N Mary’s Marina in Islamorada to bring the first science-based coral nursery for restoration to this community in the Upper Florida Keys. The new nursery is designed to complement our land-based nursery at Mote’s Elizabeth Moore International Center for Coral Reef Research & Restoration on Summerland Key in the Lower Florida Keys. Philanthropy was the cornerstone (once again) for this significant expansion—an important milestone in Mote’s science-based efforts to restore our rapidly declining reef.

In July, I had the genuine honor of presiding over a press conference to reveal exciting updates on Mote Aquarium’s relocation and rebirth as Mote’s new Science Education Aquarium (Mote SEA) at Nathan
Benderson Park in Sarasota County. We shared remastered site and building renderings, announced commitments of approximately $75 million towards our Oceans for All campaign to create Mote SEA, and promised to break ground for the site work in the fall. I was really proud to host that groundbreaking in November and to put my shovel in the dirt alongside federal, state and local government officials, Mote Truste

es, our visionary donor champions, and many community and corporate partners! Once complete, Mote SEA will proudly welcome nearly 700,000 visitors a year, serving as a major tourism and economic driver for the region. It will surely inspire the next generation of marine scientists and ocean enthusiasts with its three state-of-the-art STEM teaching labs for 70,000 K-12 students from Sarasota and Manatee county schools—at no cost to the districts or the children. What fun!

During no other year in our history have we synchronized our various efforts and evolved, refined or expanded so much of our infrastructure in such a short time. We broadened our reach for research operations, adapted and improved education and outreach programming, transformed the Aquarium and facilities at Mote Aquaculture Research Park, acknowledged unbelievable amounts of support and
philanthropy, and celebrated great progress with Mote SEA, now well on its way to construction. We proudly ended 2020 with a stronger foundation than ever before. Thanks to the collective efforts of an incredible Mote family, we will count 2020 as a momentous step forward for Mote in its deliberate pursuit of our Beyond 2020 Vision.

Persisting through the troubles of the year, my fellow Trustees and I have come to truly understand that Mote’s collective passion for the ocean is boundless, is driven by unwavering scientists, Aquarium biologists and educators, and that our supporters are surely unparalleled. We are a unique, expanded family of people who appreciate the rare, inclusive culture we share, each lending his own contribution towards Mote’s success. As evidenced in these pages, it works beautifully, and I could not be a prouder Chairman!

Letter from the President & CEO 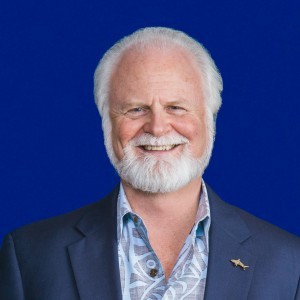 The highest priority for us all during the last year, as we faced a global pandemic together, was for our community to support each other and protect public health. Our entire Mote family of nearly 240 staff, 1,400 volunteers and 9,000 members sincerely thanks the frontline responders to this pandemic for their vital, tireless efforts. While much of the world came to a halt last year, the strong support of so many did not allow COVID-19 to stop Mote’s progress in advancing important ocean conservation initiatives.

Mote has some of the best and brightest minds in marine research, ocean conservation and STEM education, and we continue to push the frontiers of science each and every day. For example: In 2020, Mote’s Fisheries Ecology & Enhancement Research Program completed tagging of juvenile snook and maintenance of the antenna array to detect them among four creeks in Sarasota and Charlotte counties, and then we released nearly 10,000 of these healthy, juvenile, hatchery-reared snook—the largest experimental stock enhancement effort at Mote since 1999.

The world’s fascination again turned to Mote with our scientific exploration of “Green Banana”—one of the blue holes (underwater caves, springs and sinkholes) stretching deep into the Gulf of Mexico. Green Banana opens 155 feet below the Gulf surface and stretches downward roughly 425 feet. The Gulf has many blue holes, which might play a notable, previously undocumented role in the Gulf ’s carbon budget and other dynamics. A deep dive in September by Mote scientists to explore and document Green Banana’s unique biology, chemistry and structure was a popular feature of many national and international news outlets.

We achieved incredible new progress through the Florida Red Tide Mitigation & Technology Development Initiative, which is led by Mote in partnership with the Florida Fish and Wildlife Conservation Commission. Charged with uniting the best and brightest scientists from around the world and catalyzing game-changing efforts to reduce Florida red tide impacts, the Initiative supported 15 partner
institutions and more than 20 projects. Mote scientists became the first to document that fragments of typically slow-growing, reef-building corals restored with Mote-pioneered technology reached
sexual maturity and spawned in their natural settings in just five years instead of decades. These restored coral colonies had also survived a coral bleaching event, a Category 4 hurricane, and the deadly stony coral tissue loss disease, which has killed millions of corals. The corals’ resilience underscores the critical importance of Mote’s science-based strategy for resilient reef recovery, which includes amassing one of of the world’s largest single collections of living coral genetic diversity—over 1,600 coral genotypes from 17 species of Florida coral, with more to come. Mote innovation, largely fueled by philanthropy, has demonstrated that we now have the science, not just the hope, for quickly restoring coral populations to a sexually mature, potentially self-sustaining state, and fundamentally changing the paradigm for coral restoration.

To further Mote’s leadership in the development and implementation of innovative research, science education, and public outreach partnerships to address the grand challenges facing our oceans, we launched a strategic expansion of advanced technology research and education infrastructure in 2020. At our Mote Aquaculture Research Park (MAP) in Sarasota County, we took the decisive and proactive steps to construct an International Coral Gene Bank. This infrastructure will serve as a “Noah’s Ark” for coral, housing one of the widest arrays of coral genetic diversity on the planet.
In addition, we are now close to cutting the ribbon on a newly constructed Florida Red Tide Mitigation & Technology Development Culture Laboratory & Exposure Facility, also housed at MAP. We also broke ground on Mote’s new Science Education Aquarium (Mote SEA) at Nathan Benderson Park. Mote SEA will house more than 100,000 square feet and a million gallons of marine habitat, and its three state-of-the-art STEM education teaching labs will be provided, free of charge, to 70,000 K-12 students in STEM classes from around our region each year. We are excited for the many ways that Mote SEA will transform our region, broaden Mote’s ability to enhance the level of ocean literacy throughout society, and employ science for restoration, conservation and sustainable use of marine and coastal ecosystems.

This year, the world was indeed carried into uncharted and stormy waters by a pandemic that challenged us all, in ways few could have expected. Fortunately, the innovative culture and strategic visioning of Mote Marine Laboratory & Aquarium positions us to do some of our best work in uncharted waters—a strength that has defined us throughout our 66-year history. I am honored and humbled to be part of this incredible enterprise, and I am extremely grateful for the dedication, fortitude and passionate support of our diverse Mote family. If that does not already include you, I invite you to join us in our undertaking—Oceans for All!