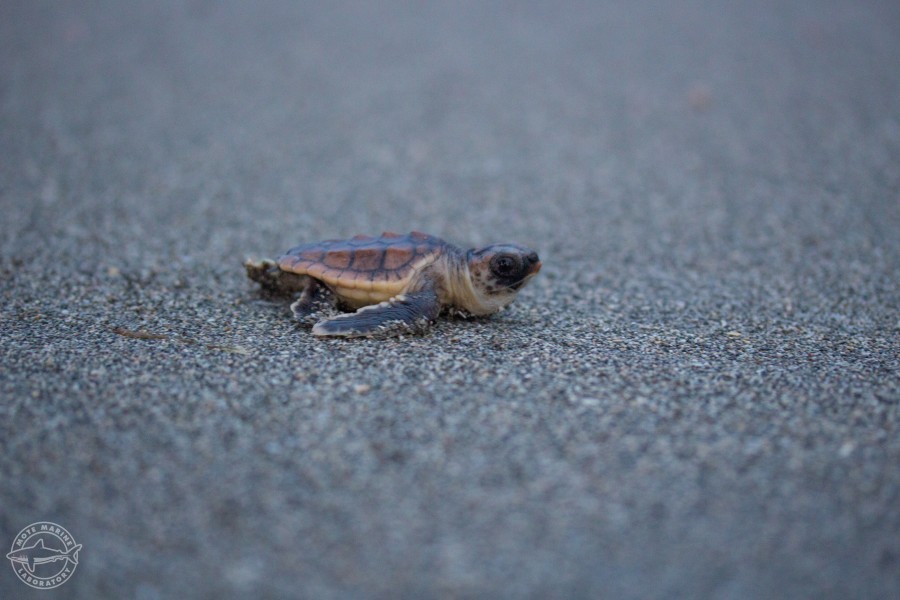 Your Two Sea Fans are back—just in time to talk about tiny turtles! In this episode, Joe and Hayley catch up with Dr. Jake Lasala of Mote's Sea Turtle Conservation & Research Program in this midst of his busy fieldwork season, when he spends nights on the beach collecting and releasing sea turtle hatchlings various studies. One study is helping to investigate whether climate change might affect hatchlings' sex ratio—the number of males vs. females. Scientists know that cooler nests produce more male turtles and warmer ones produce more females. Will our changing climate make females more prevalent—and if so, will that make it harder for future generations to reproduce? We'll delve into serious questions like these, along with  sillier ones—including which hatchling species is the cutest—during this exciting episode. We also have a special treat for you: Check out this video of sea turtle hatchlings emerging from a nest studied by Mote!