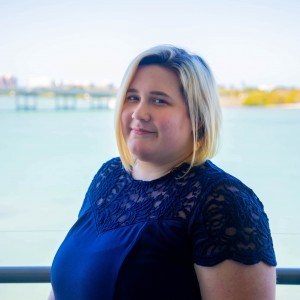 Born and raised in western New York, Hazel grew up with a passion for drawing and an interest in portraying wildlife of all kinds. She attended Rochester Institute of Technology (RIT) and received a BFA in Illustration. Her then growing interest in the ocean and its inhabitants led her to an internship at Mote Marine Laboratory & Aquarium in winter 2016. After her internship concluded she returned home and continued to work on freelance projects for the Lab and its public Aquarium. In December 2019 she officially moved to Sarasota and joined Mote's Community Relations & Communications team as a Graphic Designer. Hazel is now responsible for developing some of the organization’s creative assets for exhibits, events and programs and assisting in maintaining Mote’s visual brand.

B.F.A. in Illustration with a minor in Film Studies from Rochester Institute of Technology in Rochester, New York