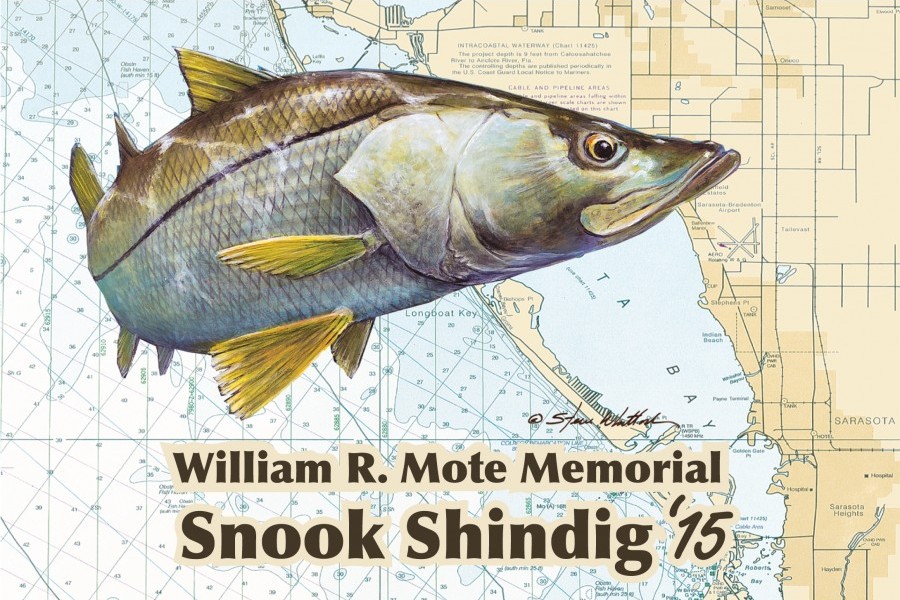 Based on the advice of Mote Marine Laboratory scientists and their consultations with knowledgeable fishing guides in Sarasota, the 2015 William R. Mote Memorial Snook Shindig Honoring Captain Scotty Moore, a research-based catch, sample and release tournament, is postponed until spring 2016.

“The reason we are postponing the tournament is a precautionary response to increased pressures on the snook population caused by Karenia brevis, or the algae that causes Florida red tide,” said Dr. Kenneth Leber, Associate Vice President for Mote’s Directorate for Fisheries and Aquaculture. “We strongly believe in taking this responsible approach, because the presence of red tide already puts stress on the snook population. Even though our tournament is catch and release, we don’t want to risk adding any further stress on this very important fishery.”

While recent effects of Florida red tide have been mostly an annoyance to southwest Florida beachgoers, causing some to experience symptoms such as itchy eyes and coughing, the snook population has experienced natural impacts over the years, including red tide blooms and adverse weather. Mote has a history of scheduling the Snook Shindig Tournament to focus on the best interest of the snook population. In 2010, Mote cancelled the tournament because of the 2010 winter cold spell that resulted in the deaths of millions of snook and the temporary closure of the fishery.

The 2015 Snook Shindig Fishing Tournament was made possible largely thanks to new funding from Sarasota philanthropists Carol and Barney Barnett to implement Mote’s Fisheries Conservation & Enhancement Initiative to help protect and restore fisheries in Sarasota Bay. With the postponement, the Barnetts’ generous support will be applied to the rescheduled tournament, now slated for spring 2016.

Mote scientists continue studying and monitoring the Florida red tide algae, Karenia brevis, along southwest Florida. Elevated counts of the algae cells have recently persisted or increased in some Mote-monitored areas. The latest water sampling results taken by Mote scientists from Nov. 9 indicated “high” and “medium” cell counts present at mid-northern areas of Sarasota County, where fishing from the tournament was scheduled to occur.

When Florida red tide algae cells are present in concentrations elevated above normal “background” levels, people can experience varying degrees of eye, nose, and throat irritation while at the shore or on the water. When a person leaves an area with a red tide, symptoms usually go away. People with asthma, COPD or other chronic respiratory conditions are cautioned to avoid areas with active red tides. Many factors, including algae distribution, currents and winds, can determine whether effects are noticeable.

If you registered for the tournament and have any questions, please contact Carole Neidig at cneidig@mote.org

Updates and resources include: