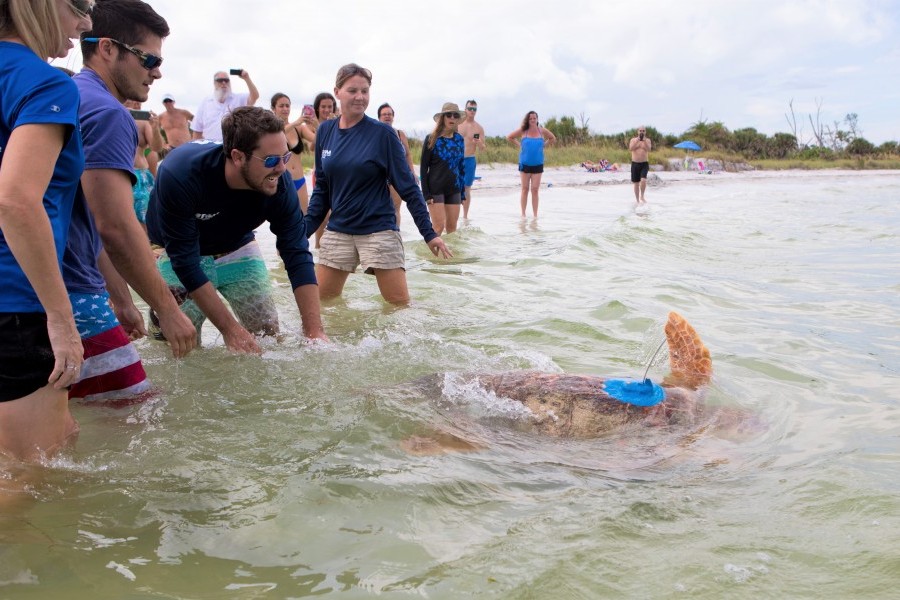 Erick is released with a satellite tag in 2018. Photo by: Conor Goulding / Mote

Male sea turtles are notoriously difficult to study: Once a male hatchling leaves the nest, there is no reason for him to return to the shore. Therefore, one of the few chances to study males up-close is when they need to be rescued due to sickness or injury (called a stranding). Mote researchers take advantage of the opportunity to study rescued and rehabilitated male turtles by applying satellite tags onto their backs prior to their release. Currently, Mote is tracking four rehabilitated, male, loggerhead sea turtles: Barron, Erick, Mr. T and JT.

So what do these turtle tracks teach us about male turtle behavior?

Well… maybe not. The male turtles currently tagged by Mote seem to be more home bodies than globetrotters. 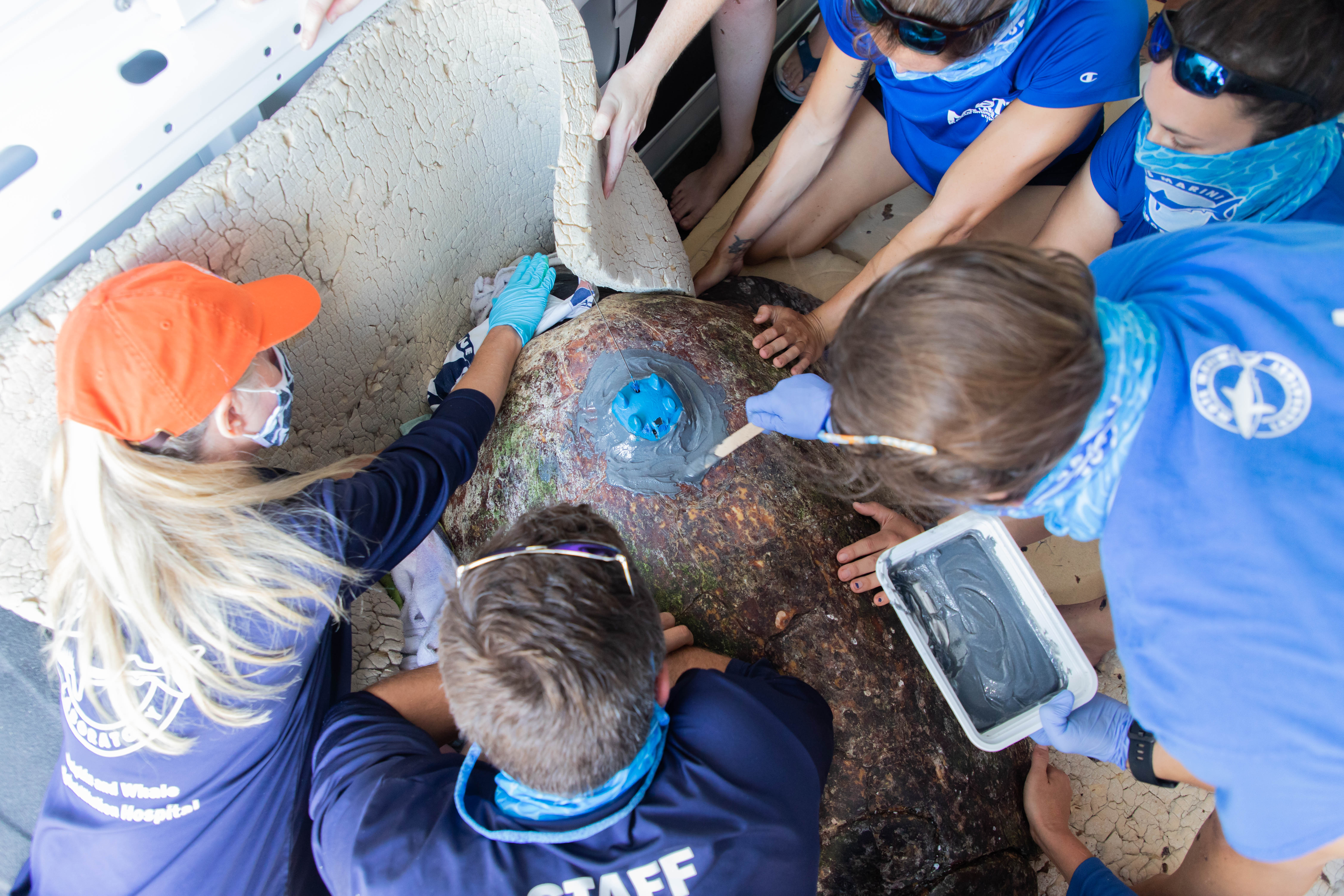 JT stranded off Longboat Key—entangled in a crab trap—in early 2020, and he was released on July 13, 2020, from a beach in Venice, Florida. He quickly (for a turtle!) returned to the area off Longboat.

Erick demonstrated a similar need to return home, from an even greater distance. In 2018, following his recovery from red tide toxicity, he was released from a beach in St. Petersburg, outside the area experiencing red tide. Erick soon traveled back to an area closer to where he stranded, near Naples, where he’s spent the last two years.

When tagging turtles, scientists attach the satellite tag to each turtle’s back with epoxy. However, the tags are often knocked off long before their batteries run out, due to the turtles’ lifestyle. Two males, Erick and Barron, still have their tags on after two years—an uncommon feat!

Sea turtle biologists at the Florida Fish and Wildlife Conservation Commission take a variety of factors into account when determining the release location for a rehabbed turtle: weather, accessibility, location of stranding, current water conditions, age and species of the turtle, and more. Knowing the behavior of adult male sea turtles could aid greatly in future decisions.

All signs point to…

…southwest Florida! Erick and Barron both stranded in the Naples/Fort Myers area and have largely remained there for the last two years since their release in 2018. Even Mr. T, a turtle tagged by Mote in the Florida Keys, found his way to the region recently. 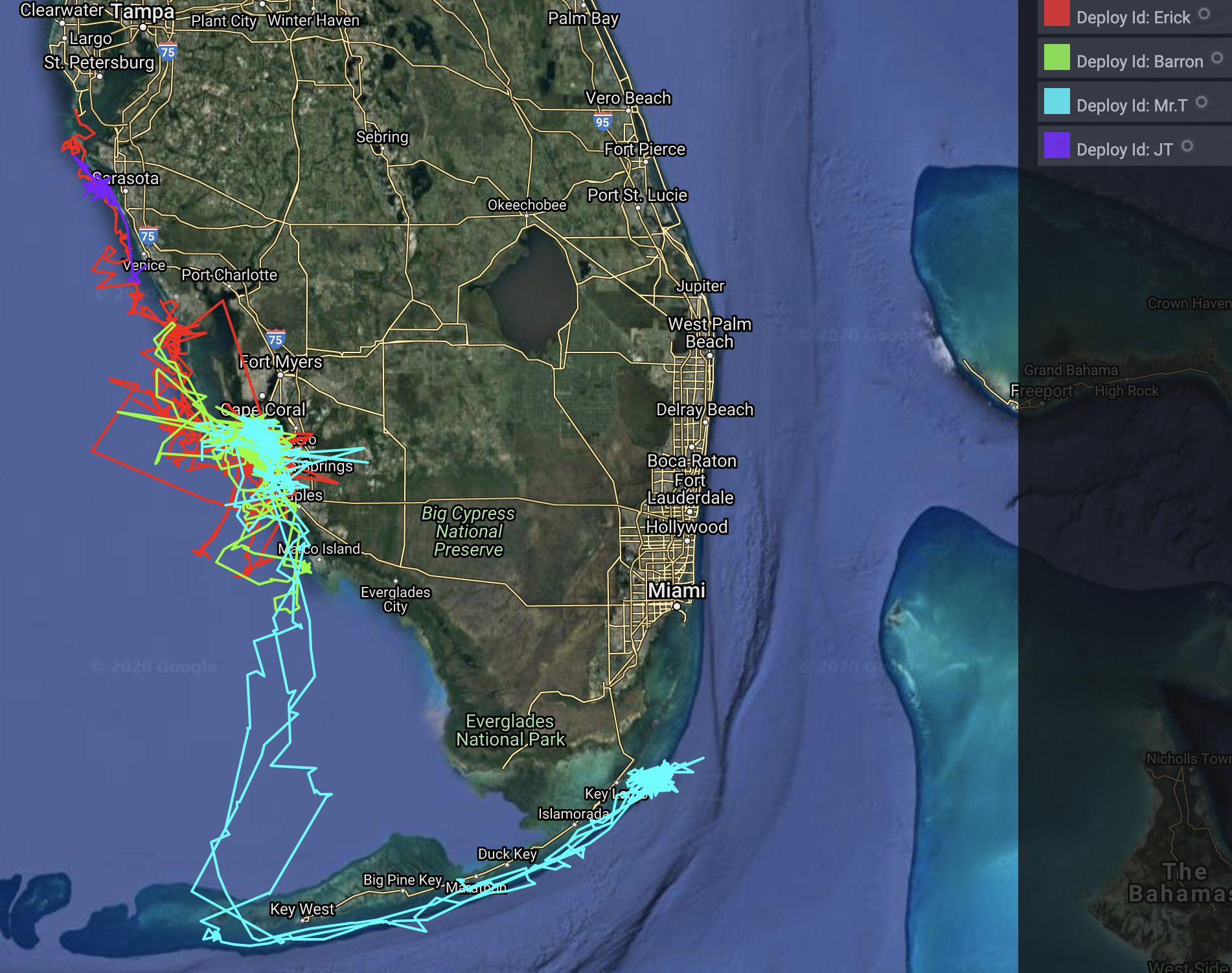 Identifying migration pathways and areas frequently used by male sea turtles is important for a number of reasons, especially in the face of climate change. Sea turtles have temperature-dependent sex determination, meaning that more males are produced in cooler temperatures. In a warming climate, there is the possibility that male turtles may become increasingly rare, so knowing the location of frequently used areas could potentially aid in their protection and the focusing of conservation efforts in these highly used regions.

I want to be where the people are…

Recently, Mote’s Stranding Investigations Program has seen an uptick of boat strikes on turtles, and in August 2020, they surpassed the total number of boat strike cases from the previous year, with four months to go in the year.

As a solitary species, and a species considered Vulnerable (and decreasing in number) by the International Union for Conservation of Nature and Natural Resources (IUCN), one of the most important things to learn about male behavior is to know where they overlap with females.

Mote has tracked males near Naples both before and during nesting season. This means they are likely mating with loggerhead females that nest in the area around Naples, along with females traveling through the area on their way to Sarasota County beaches, which comprise the densest nesting area for loggerheads in the Gulf of Mexico. 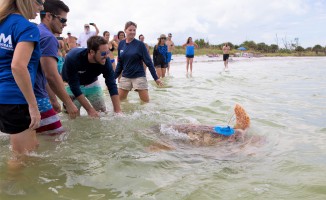 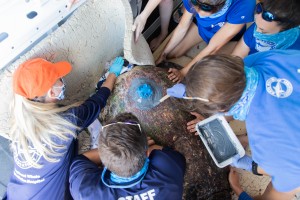 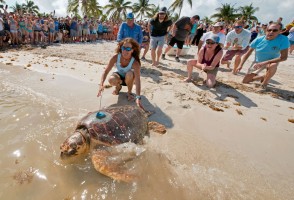