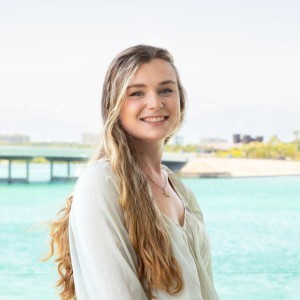 Born and raised northeast of Boston Sean has always been fascinated by the ocean and its wonder. It wasn't until she moved to Florida for school that an entirely new world of marine culture was introduced at Mote Marine Laboratory & Aquarium.

Sean joined the Mote team in the summer of 2021 as the Communications Intern before taking on a permanent role as Communications Coordinator in January of 2022. She is responsible for day-to-day communications and strategies for advertising the aquarium and events around Mote. Mainly through social media, media relations, email marketing and more. In Sean's short time here, she has already increased Mote's audience on TikTok by over 35,000 followers and has gone viral with a short video that has reached 10 million views (and counting ;))

Sean studied Film and Television at DePaul University in Chicago for a year, later taking these skills and applying them to a public relations and advertising perspective at the University of South Florida in Tampa.