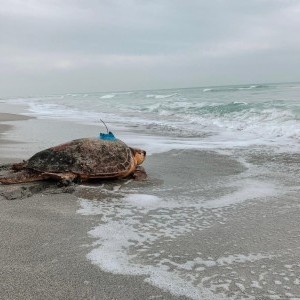 09/06/2020  On Sunday night, Longboat Key Police Department officer Joshua Connors responded to a floating sea turtle in a Longboat Key residential canal. Mote's Stranding and Investigations Program arrived and picked up the adult male loggerhead sea turtle and brought him to Mote's sea turtle hospital for rehabilitation. The turtle was named Connor after the police officer. Connor presented with lethargy and multiple areas of skin erosion, the worst on his right front flipper where monofilament line may have been the culprit (was not found on turtle). Connor was given fluids, injectable antibiotic, and placed in a shallow rehabilitation pool.

09/11/2020  Connor is still critical as he has not eaten on his own yet. He continues to get fluids and antibiotics.

09/18/2020  Connor is still doing okay. He has not started eating on his own yet but we are tong feeding him. His water has been raised a couple inches. Slowly but surely as this guy gets stronger.

09/26/2020  Connor is still not eating on his own but he is still improving clinically. He has more water in his rehab pool now and he is swimming around more and more.

10/05/2020  Connor is still not foraging on his own but he has eaten an increasing amount over the last week! He seems much more alert and has been swimming around his rehabilitation pool more often.

10/09/2020  Connor has been foraging food on his own for a couple days now! He was taken off of injectable antibiotics and seems to be healing well.

10/21/2020  Connor was moved into one of the dolphin/whale hospital rehabilitation pools for deeper diving.

01/06/2021  Connor was medically cleared for release! We will slowly start lowering his water temperature to get him used to the temperature of the ocean 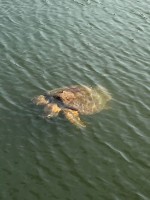 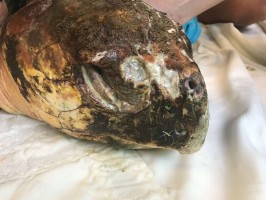 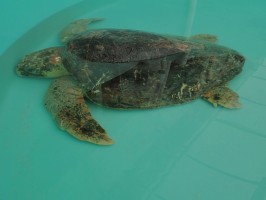 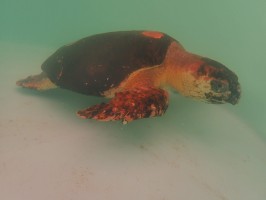 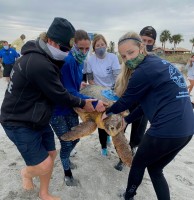 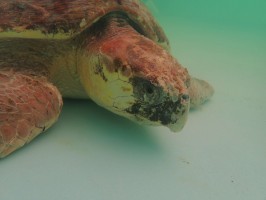