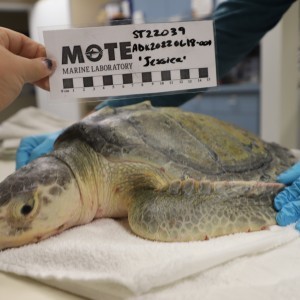 06/18/2022  A fisherman inadvertantly caught a Kemp's ridley sea turtle while fishing from the beach on Don Pedro Island, Charlotte County.  The turtle had swallowed the hook and the fisherman cut the line.  Some turtle nest monitoring volunteers observed this and called Mote and helped transport the turtle for rehabilitation.  Upon initial exam, turtle was very active, in good body condition, and showed no evidence of other injuries or illnesses. X-rays showed that the large hook was in the turtle's esophagus.  Initial attempts were made to remove the hook, but the turtle was extremely active and the hook was unable to be safely removed at that time.

06/21/2022  Blood work showed that the sea turtle, "Jessica" was healthy enough to be sedated for the hook removal process.  The hook was successfully removed and animal recovered well from sedation.

07/01/2022  Due to an elevation in her white blood cell count, Jessica was started on a round of oral antibiotics.

07/15/2022 White blood cell count has returned to normal, so antibiotics were discontinued.  Jessica is very active and eating well. 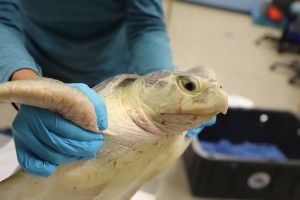 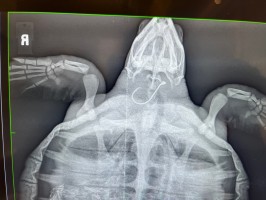 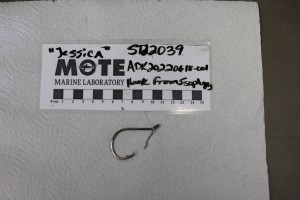