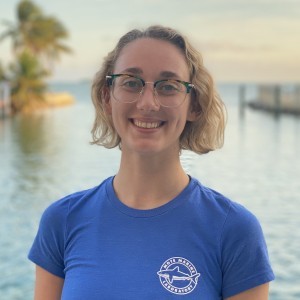 After finishing undergrad, Amanda became an Ocean Acidification intern in the Florida Keys at IC2R3. After extending her internship with Mote, she began overseeing and managing the day to day operations of the OA lab as the Interim Staff Chemist in March of 2020, just as the pandemic began ramping up. Amanda officially became a member of Mote's staff as the Ocean Acidification Technician in May later that year. While at Mote she has gathered a wealth of knowledge on carbonate chemistry, coral research and restoration. She has been energized by her experiences and the relationships she's built thus far at Mote and looks forward to growing further as a scientist in the years to come.

Amanda graduated from Albion College in the spring of 2019. She received a BA in Biology and minored in Psychology. While studying abroad, she surveyed zooplankton density and distribution in the South Pacific with SEA Semester during her time in the Ocean Exploration program in the spring of 2016.